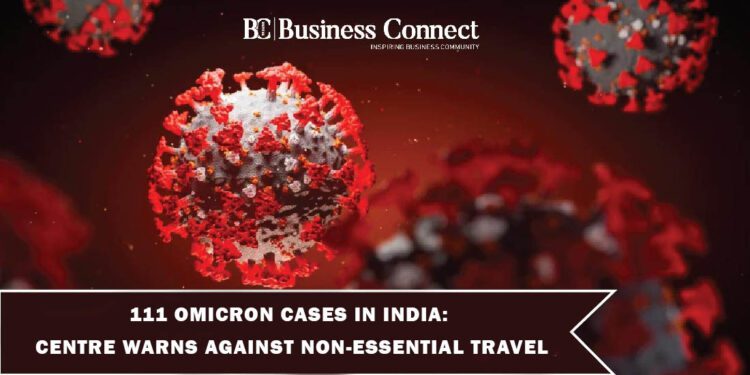 On 17th December 2021, India recorded the highest single-day increase in Omicron cases with 24 cases. Nearly two weeks after the first case was discovered in Karnataka, the Omicron tally from 11 states had risen to 111. People are being asked to avoid non-essential travel and large gatherings, as well as participate in low-intensity celebrations, according to the Ministry of Health and Family Welfare. “This is the time to avoid non-essential travel, large gatherings, and low-intensity festivals,” stated Balram Bhargava, Director General of the Indian Council of Medical Research (ICMR).

Maharashtra, the state with the most total Covid cases, has also had the most Omicron cases, with 40 so far. Other states where the highly infectious novel type has been detected include Karnataka, Gujarat, Delhi, Kerala, Tamil Nadu, West Bengal, and Andhra Pradesh.

There is no indication that immunizations are effective against the Omicron form, according to Lav Agrawal, Joint Secretary, Union Health Ministry. In response to the Omicron danger, Dr. V.K. Paul, Member (Health), Niti Aayog, stated that Europe is seeing a new phase of the Covid-19 epidemic, with a sharp increase in cases.

Omicron infections account for 2.4 percent of cases in the UK, which has seen the largest daily increase of 88,042 cases ever. Despite 80 percent partial immunizations and having seen a Delta wave, Europe is going through a dangerous moment, according to Dr. Paul. Now is the time to avoid non-essential travel, mass gatherings, and low-intensity festivals, and low-intensity New Year celebrations, he stated.

Symbiosis School of Banking and Finance