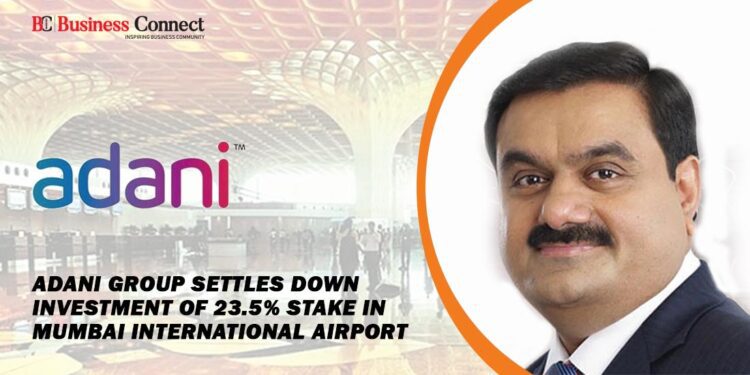 The purchase of 23.5 per cent stake in Mumbai International Airport (MIAL) from two South African entities was successfully completed by the Adani Group, which marked the first step towards its acquisition of majority control in the second busiest airport of the country.

On Saturday, in a stock exchange notification, it was stated by the Adani Enterprises that its airport division had acquired 13.5 per cent stake of Bidvest along with 10 per cent stake of Airport Company of South Africa, for consideration of ₹1,685 crores.

This deal results in a conclusion of a two-year quest of Adani Group to acquire a stake and gain control of the Mumbai airport. The exit of foreign investors from the airport is also marked.

Under the privatization exercise, the group has already taken over six Airport Authority of India (AAI) airports.

An agreement with GVK Group was signed last August in order to acquire 50.5 per cent of its stake in Mumbai airport. The deal also counted in the acquisition of 23.5 per cent stake held by the two South African companies.

As part of the deal, Adani Group will be taking over ₹ 2,500 crores of debt owned by GVK Airport Developers, which is the holding company of MIAL. Adani will be getting the controlling stake in MIAL upon the conversation of the debt into equity.

The AAI had granted its nod last month to Adani Group for the acquisition of GVK Group’s 50.5 per cent stake in MIAL. A few other government approvals are pending.

In March 2019, an agreement was signed by the Bidvest to sell its stake to Adani Group for ₹1,248 crores. GVK Group exercised the ‘right of first refusal’ but it was unable to conclude the deal.

Due to the reason that GVK Group tried to block the entry of Adani Group, the battle of acquisition moved to courts.

It was announced by GVK in October 2019, that the sale to a clutch of foreign investors for ₹7,614 crores of a 79 per cent stake in its airport holding firm, but the deal fell through. The group had hoped that the proceeds would be used to withdraw debt and buy out South African MIAL investors.

Finally, under being in pressure from lenders, GVK decided to sell its stake in MIAL to the Adani Group. The CBI’s money laundering test against the GVK Party made fundraising even harder.

Must Read:- World Top 10 Richest Billionaires In The World

ROBIN BIENFAIT: A PASSIONATE LEADER CATALYSING TECHNOLOGISTS ACROSS THE GLOBE