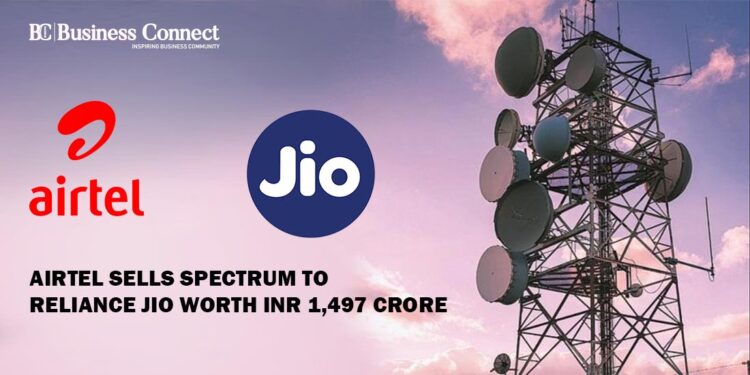 On Tuesday, Bharti Airtel said, we have signed an agreement with Reliance Jio to transfer ‘Right to Use’ for a portion of its 800 MHz spectrum in 3 circles to the Reliance led firm. Through sells agreement of Spectrum with Reliance Jio, Airtel will get the consideration of INR 1,037.6 crores for the proposed transfer.

The managing director and chief executive officer Gopal Vittal, Bharti Airtel, said: “The sale of 800 MHz blocks in these 3 circles has empowered us to open value from the unutilized spectrum. This is aligned to our overall network system.”

Based on the agreement, Reliance Jio will get the option to utilize spectrum in the 800MHz band in Andhra Pradesh (3.75 MHz), Delhi (1.25 MHz), and Mumbai (2.50 MHz) circles through spectrum trading.

“The trade pact is by the Policies on Spectrum Trading which is issued by the Department of Telecommunications and it’s subject to the requisite regulatory & statutory approvals,” Reliance said.

The overall value for the option to use this spectrum is INR 1,497 crores, inclusive of the present value of associated deferred payment liability of INR 459 crores, subject to any transaction related adjustments,”

In the recently held spectrum auction by the Department of Telecom shows us Reliance Jio was the biggest bidder, received 488.35 MHz of spectrum for INR 57,122.65 crores. The preponderance of auction payoff by the Reliance Jio will be for the spectrum in the 800 MHz bands about INR 34,491 crore.

BIOMED INGREDIENTS: PROVIDING BETTER HEALTH WITH THE ESSENCE OF NATURE