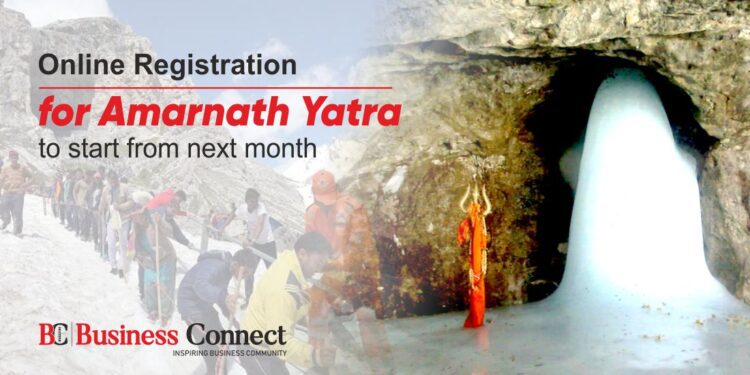 Shri Amarnath Shrine Board (SASB) on 10th March announced the commencement of registration of pilgrims for the Yatra through online mode from April and said that RFID-based tracking for vehicles movement during the pilgrimage in South Kashmir Himalayas will be done.

During a high-level meeting chaired by Jammu Divisional Commissioner Raghav Langer to review the arrangements for the upcoming yatra, Additional CEO SASB Rahul Singh said, “The online registration will start through banks in April 2022 with a fixed limit of 20,000 registrations per day.” During the yatra days, he added, on spot registrations will be available at designed counters.

According to Singh, the board has decided to utilise Radio Frequency Identification (RFID) to track the movement of vehicles and pilgrims during this year’s pilgrimage to the revered Shrine in order to protect the safety of Amarnath pilgrims. He said that all pilgrims will be given RFID identification cards. For the pilgrims’ convenience, the Divisional Commissioner instructed the DCs to establish a suitable number of restrooms and water coolers along the route highway.

Due to the COVID-19 pandemic, the yearly pilgrimage was held on a symbolic basis in 2020 and 2021. As a result, the number of pilgrims is expected to be higher this year than in past years. As a result, the Divisional Commissioner asked Deputy Commissioners to increase accommodation capacity in their districts by holding spaces. The DCs were given instructions to find acceptable locations for langers and devotee lodging, as well as vehicles, in their respective districts.

The DCs were also instructed to verify that CCTVs, lights, and generator arrangements were available at Langer locations. He also urged all related departments to begin planning ahead of time to ensure that the essential measures are in place.

Document Required:
Anyone under the age of 13 or beyond the age of 75, as well as women who are more than six weeks pregnant, are not permitted to participate in the Yatra. To get a Yatra Permit, each pilgrim must submit an application form accompanied with a Compulsory Health Certificate (CHC).

Food and beverage packaging trends in 2019