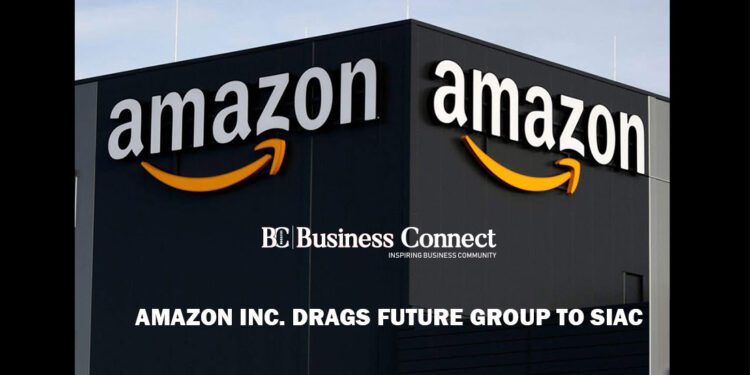 Amazon Inc. has slapped a legal notice against Future Group over the latter’s deal with Reliance. The battle is going to start between the world’s richest man and Asia’s richest individual. Amazon.com has approached the (SIAC) Singapore International Arbitration Centre against Kishore Biyani-led Company Future Group for the violation of the contract under which the US-based e-commerce major took a stake in a Future subsidiary.

Amazon Inc. led by Jeff Bezos has demanded that Mukesh Ambani’s RIL deal which is to acquire Future Group’s retail assets should be aborted.

A non-profit body, SIAC offers an alternative method of dispute resolving process that is arising from cross-border transactions, which involve foreign companies beyond the traditional forum of court. Amazon has alleged that Future Group’s Rs 24,713-crore asset sale to Reliance Retail Ventures Ltd, calling it a violation of an agreement between Amazon and Future.

In the year 2019, Amazon Inc purchased a 49% stake in one of the Future’s unlisted company-Future Coupons Ltd after a period of between three and ten years, with the right to buy into flagship Future Retail Ltd.

On an approach to SIAC, an Amazon spokesperson stated that “A step has been initiated to enforce the contractual rights. The details cannot be provided as it is a matter of sub-judice”. Also, in the contract that was between Amazon and Future Group, it was clearly stated that in any case of a dispute which will be regarding violation of an agreement, the matter will be taken to the SIAC.

Amazon aims to ensure the enforcement of contractual obligations. This will be indirectly affecting the RIL-Future deal as the SIAC may now loop in Indian regulators. If there is any case that Future Group doesn’t obey the contract, then SIAC can impose a heavy penalty on Future Group.