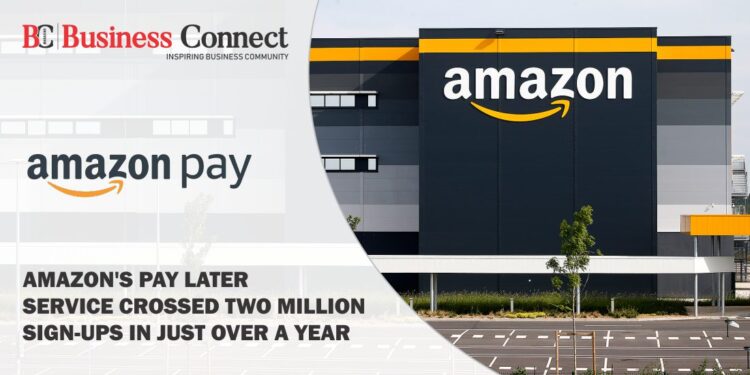 Amazon Pay Later has surpassed the two million client mark in just over a year after its launch, according to the company.

The Amazon India credit program was introduced in April of last year to allow users to make purchases of essential and high-value products by paying the full amount next month or in monthly installments. Amazon’s service was created to compete with LazyPay and Flipkart Pay Later. It was launched as a rebranding of Amazon Pay EMI, which was launched in 2018.

This new credit option, according to Amazon, was created to assist consumers to stretch their budgets for high-priced items such as home appliances, electronic devices, everyday staples, groceries, and even pay their monthly bills, such as power, cellphone recharges, DTH, and more.

Customers can pay by the end of the month at no extra charge, or in EMIs for up to 12 months at minimal interest rates through their bank accounts.

“We are honored to serve millions of consumers on Amazon Pay Later and to provide customers purchasing on Amazon with a virtual line of credit.” Amazon Pay Later enables our customers to better manage their monthly spending by providing a smooth payment experience with built-in security measures. The 2 million sign-ups show customers’ acceptance and faith in Amazon’s Pay,” says Vikas Bansal, Director of Amazon Pay India.

Customers may use Amazon Pay Later to pay their utility bills on credit in addition to purchasing tangible goods.

Flipkart Pay Later service, similar to Amazon Pay Later, provides consumers with an instant credit of up to INR 5,000. The Walmart-owned firm, on the other hand, has yet to reveal how many people have signed up for their service.

Why We Can’t Trust Warm Weather to Stop Coronavirus