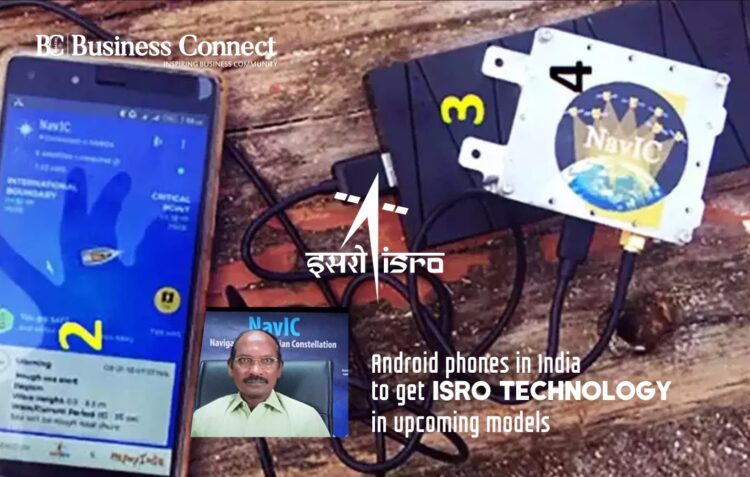 Android phones in India to get ISRO technology in upcoming models

ISRO’s NavIC (Navigation with Indian Constellation) is coming soon to millions of Android phones in India. This is an attempt to sell as an alternative to GPS (Global Positioning System). The NavIC satellite technology aims to design and deliver accurate position information service to Indian users and even in neighboring countries. ISRO has now released many new models for the Indian market, which are totally NavIC enabled, so this will eventually help in making NavIC as a standard feature in the upcoming handsets, mobile applications, inside processors, etc. The space agency ISRO also adds that this technique will also enhance the geolocation capabilities of smartphones within the coverage region of NavIC.

This tech change will happen because of Qualcomm Technologies Inc., which is a totally-owned subsidiary of Qualcomm Incorporated. In collaboration with ISRO, Qualcomm has developed and tested in select chipset platforms across their upcoming portfolio for supporting Indian Regional Navigation Satellite System (IRNSS), NavIC.

This initiative will help in accelerating the adoption of NavIC and helps in enhancing the geolocation capabilities of a smartphone with automotive and the Internet of Things (IoT) solutions in India.

The technology combo by ISRO and Qualcomm is now set for a commercial application in future Android smartphones including mid-range and budget phones. It works as the chipset giant Qualcomm has announced new processors with the ISRO technology.

Qualcomm’s leadership in technology and support for NavIC on their mobile platforms will bring the same benefits of this indigenous solution to every Indian. ISRO appreciates that the Qualcomm enables the technology demonstration of NavIC support on the mobile platform for the very first time. The new Qualcomm Snapdragon 720G mobile chipsets are now 4G-enabled and will support NavIC built by ISRO.

As part of a recent update, the Qualcomm’s tech trend will now support up to seven satellite constellations at the same time, including the use of all of NavIC’s satellites for more accurate location performance.