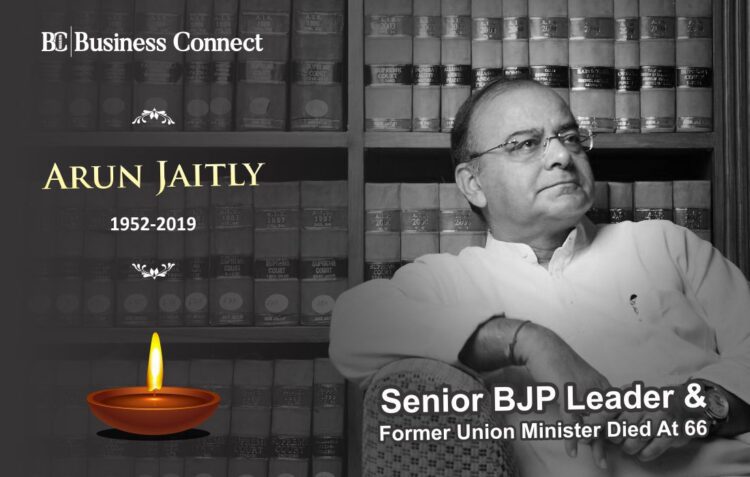 Arun Jaitley, the former finance minister and a Vigorous Leader of the Bharatiya Janata Party BJP, passed away on Saturday 24 August, 12:07 p.m. (IST) at AIIMS hospital in New Delhi. He was 66 years old and his death triggered an outpouring of grief to our Prime Minister Narendra Modi.

On Saturday, at AIIMS hospital New Delhi, it is declared that he is no more after the two weeks of illness, the major issue of his illness following complaints of breathlessness. Leaders across many political parties’ visited Arun Jaitley’s home to pay tributes to the cordial leader. His body is being cremated on Sunday.

In a brief statement to the demise of a great leader, AIIMS declared that Arun Jaitley died at 12.07 pm. “It is very profound grief to inform about the sad demise of Shri Arun Jaitley, most gregarious BJP Leader. He was under the supervision of a multidisciplinary team of senior doctors,” said AIIMS in a statement of press release document.

The BJP leader, who was brought in to the hospital dated August 9, had been continually put on a life support system and was being monitored by a multidisciplinary team of very profound doctors of AIIMS.

“Arun Jaitley Ji was a political giant, towering intellectual and legal luminary as a lawyer by profession. He was the best articulate leader who made a remembering contribution to India. His passing away is very saddening to our team of Business Connect Magazine. “With the demise of Arun Jaitley Ji, I have lost a valued friend, whom I have had the honor of knowing for decades. His insight on issues and nuanced understanding of matters had very few parallels.” PM Modi said on Twitter.

Home Minister Amit Shah was also deeply saddened by the same. “His death is a personal loss for me. I have not just lost a senior party colleague but also a member of my family, who guided me for several years,” Mr. Amit Shah tweeted.