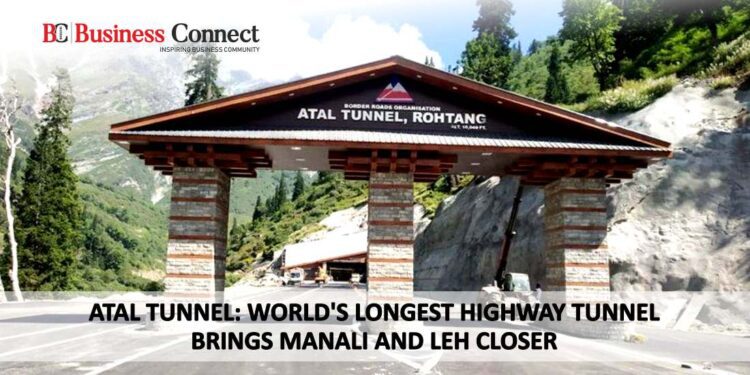 On Saturday Prime Minister Narendra Modi inaugurated the all-weather tunnel, which reduces the distance between Manali and Leh by 46KM and reduces the travel time by four to five hours.

It is the longest highway tunnel in the entire world.  Also, this project aims to boost tourism in the region and will give the armed forces quicker access to Ladakh.

Strategically it is being noticed that the tunnel is 9.02KMlong and it connects Manali to Lahaul-Spiti valley throughout the year. The valley was cut off for about six months every year due to heavy snowfall.

Some Few Facts About Atal Tunnel

Officials said that the Border Roads Organisation worked day and night to fight major geological, terrain, and weather challenges that included the most challenging stretch of the 587-meter Seri Nalah Fault Zone. The breakthrough from both ends was achieved on October 15, 2017.