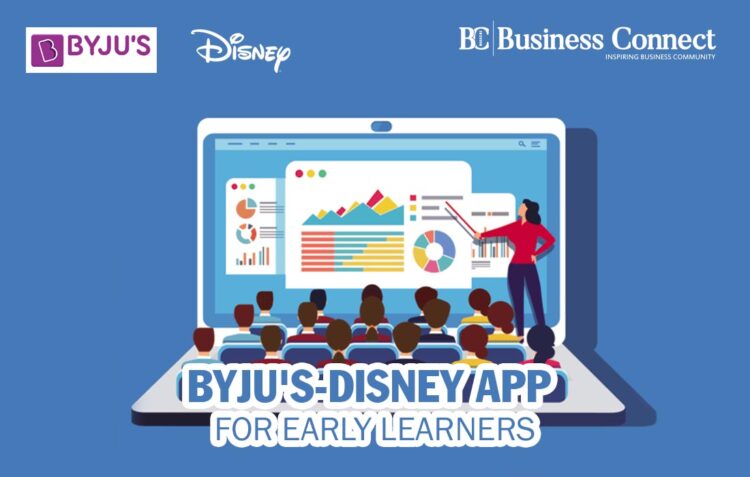 Byju’s, The Learning App, is one of the largest e-learning platforms in India. Byju’s is partnering with the US-based conglomerate, The Walt Disney Co to launch a co-branded learning app named Early Learn. This standalone app will be targeting students from Kindergarten to Third grade. The app will feature characters from Disney brands such as Toy Story, Cars and Frozen among others for an exciting, blended learning experience. It will also engage younger children with video-based tutorials that will feature Disney’s popular cartoon characters.

Disney is expected to work closely with the edtech firm to ensure stories are weaved around its characters, although Byju’s will oversee all content created for the app.

Disney India Country Head Abhishek Maheshwari has been appointed as the president of its international business. This took place in April, and is supposed to help build a global footprint for the brand.

Byju’s’ aspirations for expanding beyond India into other large English-speaking markets like the US, UK and Australia led to this partnership with Disney. Byju’s is relying on the universal popularity of Disney characters to promote its brand among the younger population.

Byju’s was reportedly in talks with Disney to create educational content for primary schools since October 2018.

According to sources, Byju’s has entered into a revenue-sharing agreement with the media company. The terms of the agreement are said to be in the range of a 10-15% revenue share that Disney usually sets.

Although Byju’s’ current deal with Disney is strictly a revenue-sharing agreement, the company has been in talks with the media giant to explore an opportunity for investments as well. Earlier this year in March, when Byju’s raised $25 million in funding from General Atlantic, its valuation jumped to $5.4 billion, making it the fourth most valuable private Internet company in India.

The app, Disney Byju’s Early Learn, is likely to go live next week.