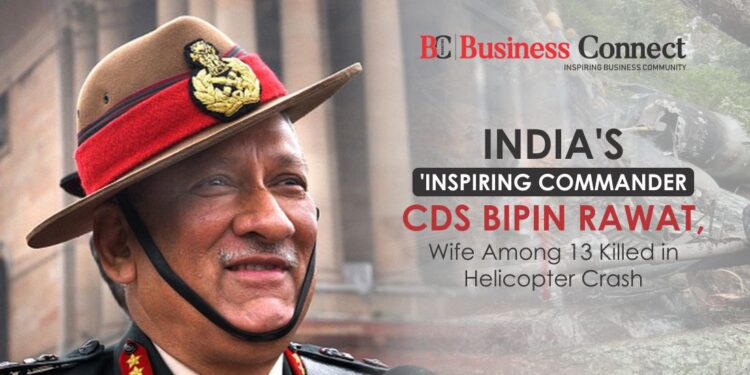 Chief of Defence Staff (CDS) General Bipin Rawat, the country’s most senior serving soldier, was killed in a helicopter accident in the Nilgiris area of Tamil Nadu on Wednesday (8th December) while traveling to give a lecture in Wellington (Defence Services Staff College).

His wife, Madhulika Rawat, and 11 other armed forces personnel were with him aboard an Indian Air Force (IAF) Mi-17V-5 chopper. The pilot, Group Captain Varun Singh, is the lone survivor and is fighting for his life at Military Hospital Wellington. Madhulika Rawat was involved in the community and she was also head of the Army Wives Welfare Association.

Other defence personnel killed in the crash 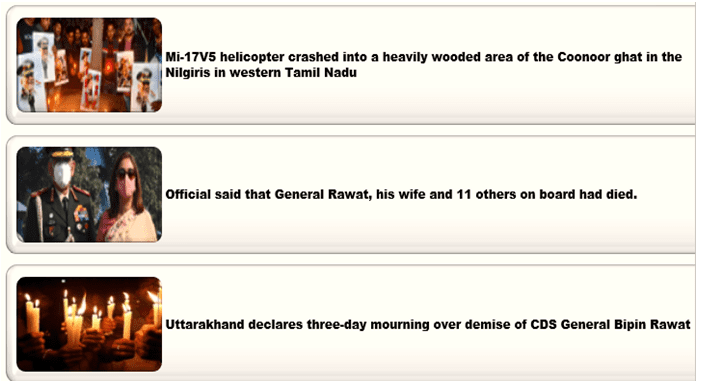 Former Chief of Defence Staff of the Indian Armed

The IAF stated, with profound sadness, it has now been confirmed that Gen Bipin Rawat, Mrs. Madhulika Rawat, and 11 other personnel on board have perished in the terrible mishap. Rawat was scheduled to talk to student at the Defence Services Staff College in Wellington (Nilgiri Hills) today, according to the IAF Today.

The chopper was involved in a catastrophic accident about midday, according to the air force. Four crew members and nine passengers were on board the chopper, including Rawat, his wife, and security officers.
Prime Minister Narendra Modi led the country in expressing sorrow at Rawat’s death. I am heartbroken by the helicopter disaster in Tamil Nadu, which claimed the lives of Gen Bipin Rawat, his wife, and other Armed Forces members. They did everything they could to help India.

My condolences to the departed families, he said. Pushkar Singh Dhami, the Chief Minister of Uttarakhand, characterised his death as an irreparable loss to the country, stating that the state will always be proud of its son. The general was from the state’s Pauri district’s Saina village. From December 9 to 12, the CM has announced a state of mourning.