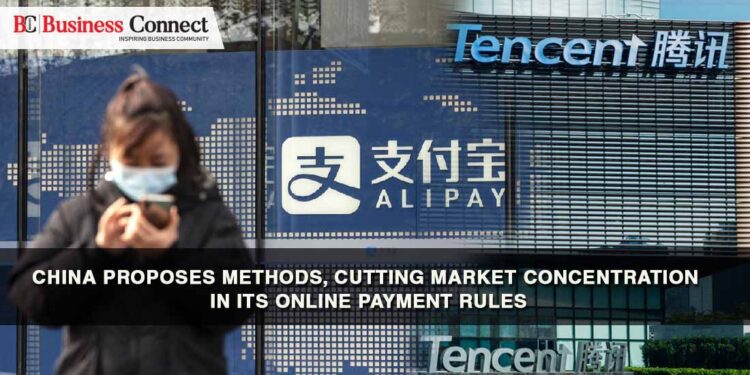 Measures have been proposed by China aiming to curb market concentration in its online payment market, which potentially will be dealing to hit financial technology giant Ant Group along with its major competitor Tencent Holdings.

On Wednesday, the central bank stated that, as per the new regulations issued by the People’s Bank of China, any non-bank payment firm with half of the online transaction market or two entities with a combined two-thirds stake may be subject to anti-trust probes.

If a monopoly is long-established, the central bank may recommend to the cabinet that restrictive measures have to be implemented, including the breakdown of the entity by the form of business. Companies who already have payment licenses will have to comply with a one-year grace period.

The rules provide the strongest and most thorough message of the plans of regulators to counter monopoly practices in the online payments industry to date. Ant and Tencent, dominant in China, have changed how customers shop through their mobile apps that a combined 1 billion people use.

The regulator also promised a “comprehensive” regulation of space-based companies and their dealings with associated parties. It will step up monitoring of any improvements at payment firms to shareholders or beneficiaries, it said.

A researcher at Zhongguancun Internet Finance Institute, Dong Ximiao stated that “This shows that there is no let-up in the expanding fintech companies’ regulatory tightening.”

In November, regulators stunned investors by halting the record initial public offering of Ant by billionaire Jack Ma as they stepped up scrutiny. Since then, Ant has been ordered to revamp its business and an antitrust investigation has been initiated into the Alibaba Group Holding Ltd subsidiary.

Though they have stopped short of specifically calling for a breakup of Ant, the central bank stressed that the business must “understand the need to overhaul” and as soon as possible come up with a timetable.

Since China began clamping down on the business of Ma, on Wednesday, he appeared in public for the first time, to end several months of speculations over his whereabouts. Global investors are still on the lookout for clarity on what will be the future that holds for the largest fintech company in the world.