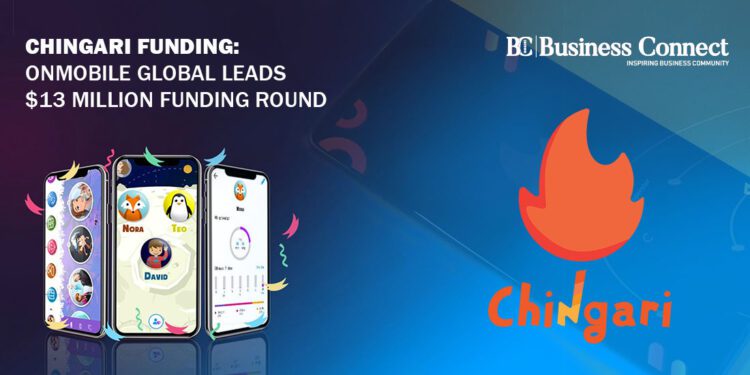 On Wednesday, OnMobile Global Ltd stated that it has led a USD 13 million, which is (₹98.7 crores) funding round in Chingari, which is a homegrown short video platform. The rest of the investors who are taking part in this round are Republic Labs, US, Astarc Ventures, White Star Capital, Rajat Sharma’s India TV, JPIN ventures, catalysts ltd, ProfitBoard Ventures is collaborating with a variety of major family office funds from the United Kingdom. According to the regulatory filing, OnMobile will be acquiring 10 per cent shareholding.

The latest investment will be encouraging Chingari to escalate its growth from 56 million to over 100 million users. Chingari will also be using the funds to enhance its content portfolio along with hiring top talents.

As part of the deal, OnMobile will be integrating and distributing its direct-to-consumer gaming platform, ONMO, on the homegrown short video platform, Chingari app along with collaborating on other mobile product integrations in order to serve millions of users.

The Executive Chairman of OnMobile, Francois-Charles Sirois stated that “We’re really excited about this investment and collaboration because it will be adding millions of customers to the new ONMOgaming service while also it will be delivering instant market value along with the expansion of both companies.”

The CEO of OnMobile, Krish Seshadri stated that the short format of ONMO Gaming challenges along with that the short-form videos of Chingari compliments each other well.

Following the investment, Seshadri will be joining the board of Chingari. The co-founder and CEO of Chingari, Sumit Ghosh stated that “We could not have wished for a better partner than OnMobile for helping Chingari realize its vision and turn it into a content mega-media app for Bharat by engaging a billion Indians. This relationship promises to be a winning collaboration because our visions are compatible.”

The Chingari App, which is owned by Tech4Billion Media, makes it easy for users to share videos in various languages, which are: English, Bengali, Marathi, Odia, Malayalam, Telugu, Hindi, Gujarati, Kannada, Punjabi, and Tamil.

The Chingari app was first released in November 2018 on the Google Play Store and was later rebranded and revamped in June 2020. After the Indian government banned 59 apps with Chinese links, including Chingari’s rival TikTok, the app saw a huge increase in user base last year.

After the ban, many homegrown apps have seen substantial increases in downloads and user signups on their platforms, including Roposo, Chingari, and Josh (Dailyhunt). Instagram, which is owned by Facebook, had also entered the race with Reels, while YouTube pitched its India-first “Shorts” to fill the gap left by TikTok’s ban.

Tejas Detective Agency – An endeavour to create a difference

How women entrepreneurs are overcoming the start-up challenge?