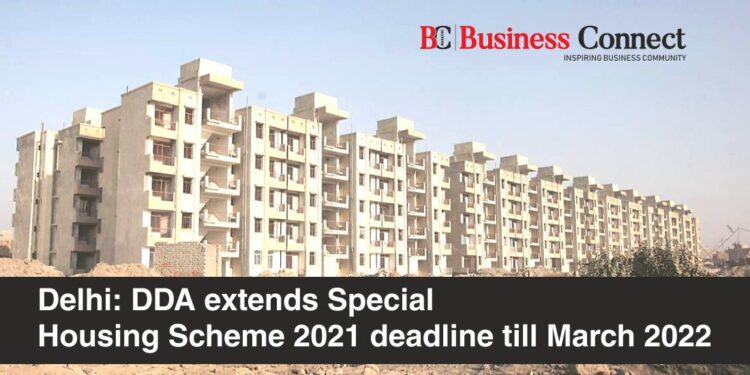 On public demand and in light of the third wave of the coronavirus pandemic, the Delhi Development Authority (DDA) on Monday (February 7) announced that the deadline to apply for its Special Housing Scheme 2021 has been extended till 10th March 2022, officials said. According to reports, this scheme, which started on 23 December 2021, has received a total of 16,000 applications so far.

The new special housing scheme has a little over 18,000 flats, with all units being drawn from its old inventory. The last date of the scheme was February 7, 2022, when it was first announced.

“Due to public demand and conditions resulting from the third wave of the COVID-19 epidemic, the DDA has decided to extend the deadline for application in the DDA Special Housing Scheme 2021 until 10.03.2022,” the urban body said in a statement.

It was said that extending the deadline will make it easier for interested parties to apply for the scheme. This was the housing authority’s second scheme for the year 2021, with the first one being offered early last year.

The announcement was made via a newspaper advertising that stated the flats were being offered at “discounted rates,” and according to the DDA brochure, the highest price of a property in the HIG category in Jasola is around 2.14 crore.

The 18,335 flats of different categories offered under this scheme, which are located in Dwarka, Narela, Rohini, and Jasola, among other areas, are those that were “unsold in earlier housing schemes” of the urban body. Under the ESW/Janata flats category, there are 205 HIG flats, 976 MIG flats, 11,452 LIG flats, and 5,702 flats.