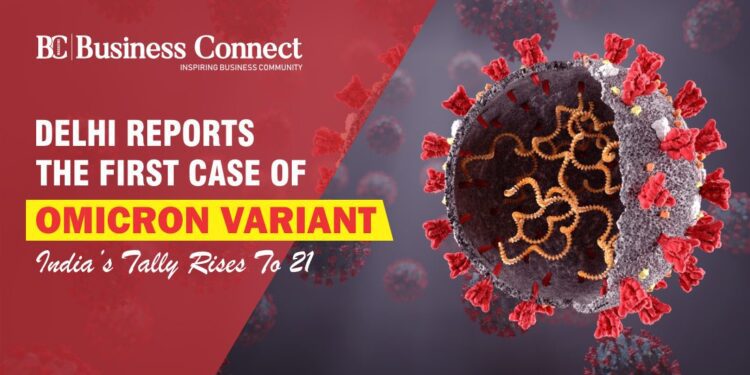 On Sunday (5th December 2021), the national capital saw its first case of COVID variant Omicron, according to Delhi Health Minister Satyendar Jain. Mr. Jain stated that a patient admitted to the Lok Nayak Jai Prakash (LNJP) Hospital had tested positive for the new variety after returning from Tanzania.

According to health experts, the patient complained of a sore throat, weakness, and bodily soreness. His travel history is being compiled, and his interactions are being tracked. According to Mr. Jain, the Delhi government is testing all visitors from the impacted countries.

There have been 17 corona positive instances detected so far, and all of these patients have been admitted to LNJP Hospital,he explained. Six others who have had direct contact with the 17 positive cases have also been admitted to the isolation unit, where they are being monitored and receiving the best possible treatment, according to the Minister. All 17 had their genomes sequenced to confirm the novel Omicron variation.

The Delhi health minister stated that the most efficient approach to stop the spread of the Omicron type is to prohibit international flights. According to reports, the gestational time in the case of Omicron may be longer than in other forms. As a result, an infected person could go unnoticed at an airport. All of the cases have originated from nations that have been afflicted by the virus.

The federal government needs to take it seriously, he stated According to Jain, the mask has a 99 percent chance of “saving patients from all COVID-19 variations, be it Alpha, Beta, Delta, or Omicron.COVID-19’s third wave is expected to impact the country in January-February, according to experts. It can be avoided if everyone puts on a mask, he stated

In answer to a question about a booster dose, the minister stated that the city administration will follow the central government’s announcement and expert suggestions. On Thursday in Karnataka, the country reported the first two cases of the Omicron strain of COVID-19: a 66-year-old South African traveller and a 46-year-old Bengaluru doctor with no travel history. Both men have received all of their vaccinations.