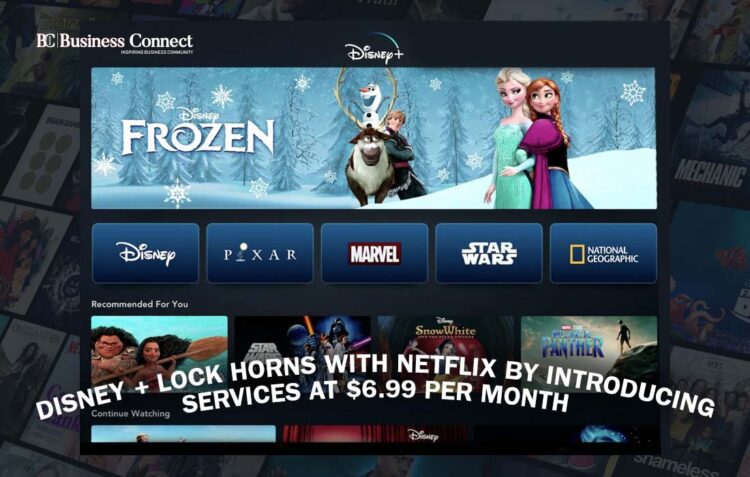 Disney has finalized the costing of the forthcoming Disney+ video streaming service. The
company says that for $6.99 per month, you can stream all the content on Disney+. Also, for
$12.99 per month, users can subscribe to the package for Disney+, Hulu and ESPN+ once the
Disney+ service begins on November 12. Disney said this on the sidelines of quarterly earnings
call, and this is precisely the value the firm had teased for the imminent streaming service
before this year.
Disney is looking to give nightmares to Netflix. The pricing of its bundle plan is equivalent to the
Netflix Standard streaming plan ($12.99 per month) after the costs skyrocketed earlier this
year, and costs $3 per month lesser than the Netflix Premium plan that gives access to real-time
viewing on numerous devices and 4K Ultra HD streaming. Hulu and ESPN+ are supposed to
bring some in-app marketing. Still, this could be great value considering the collection of
content that it allows access to.
Bought independently, Hulu’s ad-supported plan is priced at $5.99 per month whereas ESPN+
costs $4.99 per month. In India, it is anticipated that the Disney+ content will be offered on the
Hotstar app.