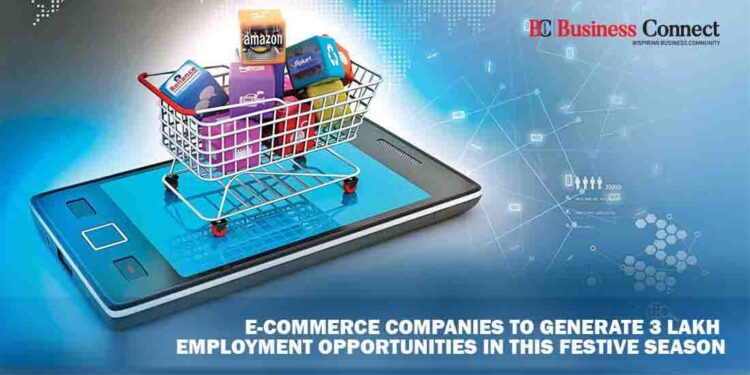 E-commerce and logistics companies are expected to create about three lakh jobs in various fields during this festive season. The hiring process has been started by e-commerce platforms ahead of the festive season. Festive seasons are temporary but getting a job in this situation might be difficult. Meanwhile, 20 percent of these workers temporarily during the various sale periods, 70 percent of jobs are expected from online Amazon and Flipkart is an online platform. While the other remaining e-commerce companies are ready to serve their customer by more than 60 percent.

Redseer said the daily shipment of e-commerce company during the festive season is witnessing about 1.8X jump to 22million in daily shipment as compared with last year. Expecting the total shipment during the festive season is heading nearly about 60 percent and it grows year on year and over the year 2019 it reached up to 150 million. (Source: Devdiscourse)

“The festive season might also see the return of dormant shoppers, as e-commerce firms continue to add low-ticket categories to its assortment list”.

The Next 3 Months to be Crucial for the Aviation Sector

It’s Time to Hire a Different Kind of HR Leader