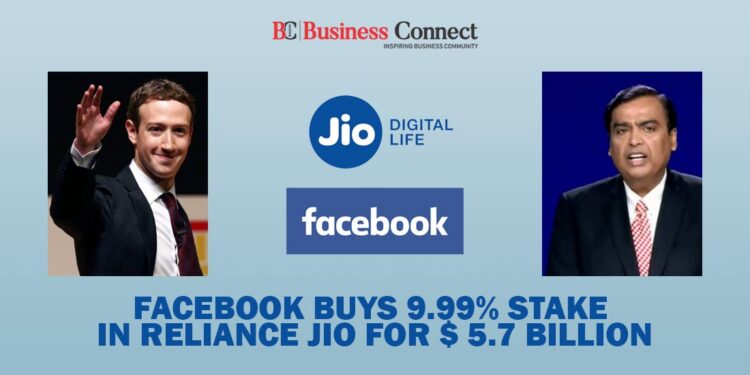 Jio has been created in 2007 but it wasn’t quite famous. In 2014, Reliance did major investments in Jio. Since 2010, RIL has invested around 4 lakh crores to create the Jio digital platform.

Today, the Jio Platform is not just limited to the Telecommunication sector, they have own internets service and device. Jio has entered in cloud computing, big data, AI, blockchain, and many other services. For Mukesh Ambani, its huge success. Although, Government hasn’t approved this deal.

The Jio-fakebook deal will help Mukesh Ambani to reduce the debt of RIL industries. On the other hand, it will make Facebook strong in the Indian market. According to business today, The RIL’s net debt is 1.53 lakh rupees crore which may get down. Recently 42nd Annual General Meeting in August, Ambani made a speech that by 2021, the company will have Zero debt.

As you know that WhatsApp is playing a crucial role in helping people and businesses in India. Now Reliance Retail’s New Commerce platform and Jio Mart is building partnerships with millions of small merchant and grocery shops to offer customer best service. They are going to launch E-commerce service, here WhatsApp is going to help them.

He added, “In the post-Corona era, I am confident of India’s economic recovery and resurgence in the shortest period of time. The partnership will surely make an important contribution to this transformation.”

Facebook founder and CEO said, “We’re making financial Investment and we’re going to become the largest minority shareholder on Jio platform but more than that we’re also committing to work together on some critical project that is going to open up a lot of opportunities for E-commerce in India.”

He added, “India is a special place for us it’s home to the largest communities around the world on Facebook and WhatsApp and there are a lot of talented entrepreneurs and it’s also in the middle of major digital transformation that’s being led by an organization like JIO.”