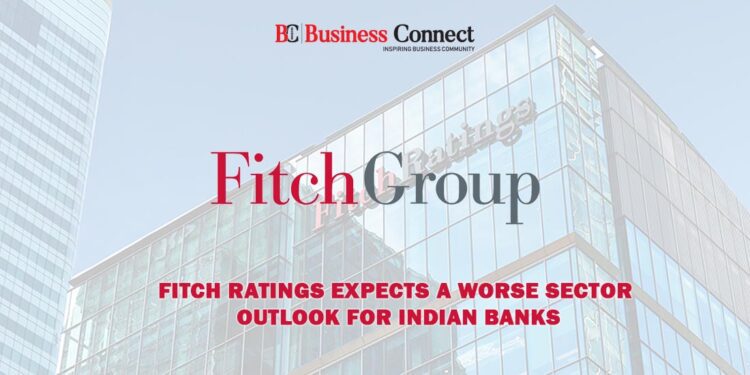 On Monday, it was stated by Fitch Rating that for Indian Banks, it expects a moderately worse sector outlook for the next fiscal beginning in 1st April for new business and revenue generation, and deteriorating asset quality based on muted expectations.

It is believed by Fitch that the disproportionate shock to the informal economy of India and small businesses, combined with high unemployment as well as slowing private consumption, has yet to completely manifest itself on bank balance sheets.

The rating agency stated that the effect of the COVID-19 pandemic is likely to pose challenges for Indian banks to improve their financial performance once asset-quality risks have been identified in the financial year ending March 2022.

In a statement, it stated that “Fitch is expecting Indian banks to have a moderately worse outlook for the sector for 2021-2022, focused on low expectations for new business and revenue generation and a deterioration of asset quality.”

The government’s less-than-adequate recapitalization plans for its banks further underscore the danger, which is likely to keep risk aversion high among banks in the midst of continued uncertainty about asset quality and uneven economic recovery.

As the forbearance measures unwind, Indian banks are expected by Fitch to reverse the improvements in asset quality and profitability, with state banks being more vulnerable to higher stress as related to that of private banks, which have better cost-effectiveness as well as higher depending reserves and capitalization.

State banks still have small capital reserves in the event of additional asset stress, which is unlikely to be resolved exclusively by government capital injections of $5.5 billion.

The concept is well below Fitch’s projected capital requirements of $15 billion to $58 billion under various stress circumstances.

Fitch added that “The approach of either not lending or lending only to capital-efficient sectors is likely to come to an end as low financial circumstances leave state banks with limited scope to access new equity on their own.”

It forecasts India’s GDP growth of 11% in the next fiscal year. The faster-than-expected turnaround in GDP in the December quarter is encouraging, but many sectors continue to operate well below capacity.

Moreover, the decline in private consumption and the reporting of increasing urban utility bill defaults and social security withdrawals point to stress among retail customers.

“Fitch estimates suggest that the SME sector looks like a litmus test in FY22, as the short-term credit provision extended in FY21, which, in our opinion, is delayed stress recognition, is refinancing.”