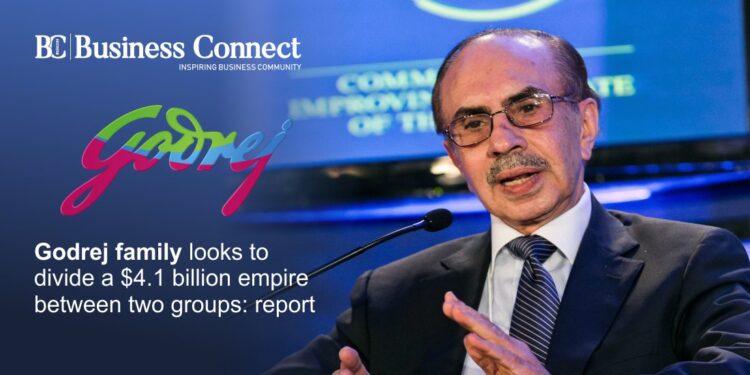 The Godrej Group has begun a legal process to partition the empire between brothers: Adi Godrej and his brother Nadir, and his cousins Jamshyd Godrej and Smitha Godrej Crishna’s. According to a report published recently, discussions for the reorganization of the $4.1 billion company have been ongoing for months but have just lately picked up speed.

Pirojsha Godrej, Adi Godrej’s son, represents one side, while Jamshyd, together with Godrej & Boyce’s chief financial officer, Purvez Kesri Gandhi, represents the other. Uday Kotak, Nimesh Kampani, and legal specialists Zia Mody of AZB & Partners and Cyril Shroff are among the external consultants contacted for the reorganization, according to the reports.

It was started in 1897 by lawyer-turned-serial entrepreneur Ardeshir Godrej, who achieved success with the locks company after a string of unsuccessful businesses. The Godrej family is seeking a total large-scale divide between two parties, one commanded by Adi and Nadir and the other by Jamshyd and his sister Smitha Godrej Crishna, according to a report.

“For the past few years, the Godrej family has been working on a long-term strategic plan for the firm to assure the best value for its shareholders. We also sought guidance from other partners as part of this process. The Godrej family’s negotiations are still ongoing,” Godrej Industries Ltd (GIL) and Godrej & Boyce said in a joint statement.

In the next six months, a final ruling on the subject is expected. It is likely to entail a total asset separation on a huge scale. According to the reports, Adi Godrej’s family patriarch would prefer no change, while the younger generation wants more transparency on asset ownership. Apart from Godrej & Boyce, which is a private company, the group’s other companies, such as GIL, GCPL, Godrej Properties, and Godrej Agrovet, are all publicly traded and managed by Adi Godrej and his brother Nadir.