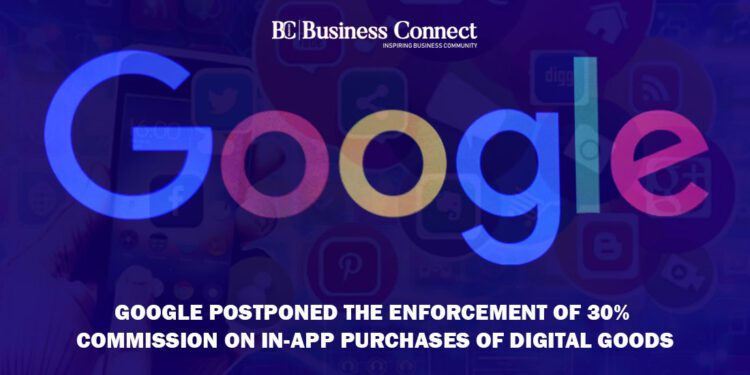 Google has postponed the implementation of a 30% commission on in-app purchases of digital goods from its Play Store in India to April 2022 against the mounting protests by Indian developers. Globally, the fee comes into force in September next year.

VP of product management at Google, Sameer Samat said that, in order to understand its concern, the company is “listening” to the Indian startup and app developer community and it is also ready to “find ways” to ensure both sides to be successful together. He added that if their partners feel like they can’t grow and be successful, it won’t be good for anyone. So to ensure this, the company is deeply committed to the Indian economy. He said, “We will be engaging and will find ways which would help them to grow together”.

In order to create an overall Indian digital app ecosystem that would counter what they view as the dominance of US technology giants Google and Apple. More than 50 technology entrepreneurs were coming together to petition the government. There is a positive response by the government to the demand, to which it said, it’s “open” to launching an alternative. The concern that has been raised, following that, Google has decided to delay applying the fee.

To make sure that the businesses are not “unduly stressed”, it was the idea behind giving “a lengthy period of time” before the policy comes into effect. Its’s move was said to be “abrupt” by the Indian companies and said that 30% commission will come in the way of building sustainable businesses. On this, Samat said, “Our overall approach and tone towards this was not to try to be abrupt, and nor to be burdensome.”

It’s Android operating system is an open platform. Developers are always given the choice to redirect payments through their websites. Google Play Store billing supports numerous kinds of payments which include debit and credit cards, net banking, and UPI apps like Mobikwik, PhonePe, Paytm, etc along with carrier billing and gift cards. Google is also looking forward to integrating other popular forms of payments in the future.

Prosafe Biologicals LLP: A promise to grant you a healthier future

Prosafe Biologicals LLP: A promise to grant you a healthier future