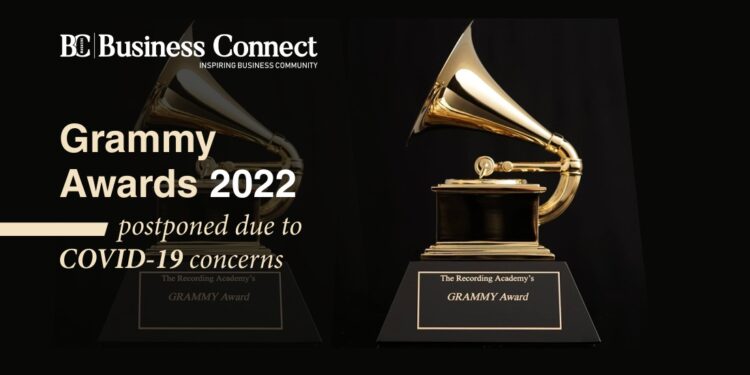 The Recording Academy announced in a press statement on Wednesday, January 5, that the annual ceremony honoring the best in music would not go place on its previously scheduled date of January 31 and has been postponed indefinitely owing to COVID-19 concerns. The decision comes amid a global uptick fueled by the spread of the virus’s highly contagious Omicron variant. The Grammy Awards, which is usually held in January or February, has been pushed back for the second year in a row due to the coronavirus outbreak since the pandemic began in March 2020.

The Recording Academy and CBS have postponed the 64th Annual GRAMMY Awards Show after careful thought and study with city and state officials, health and safety experts, the artist community, and our numerous partners, CBS and the Recording Academy said in a joint statement. Our primary focus continues to be the health and safety of individuals in our music community, the live audience, and the hundreds of employees who work diligently to create our programme.

Trevor Noah of “The Daily Show” was set to host the event, which was set to take place at the Crypto.com Arena in Los Angeles.

Because of the uncertainties surrounding the Omicron variant, conducting the concert on January 31 is simply too risky. We want to celebrate Music’s Biggest Night® on a future date, which will be revealed soon, the statement added.

Due to the epidemic and an increase in Covid-19 cases, the Grammy Awards were moved from January to March last year. The Grammy Awards eventually took place in the Los Angeles, Staples Center, mostly outside, with a smaller in-person crowd.

Grammy predictions 2022: Album of the Year

By Tony Bennett and Lady Gaga