Gujarat Seaplane: A Vision to Connect the Unconnected Corners 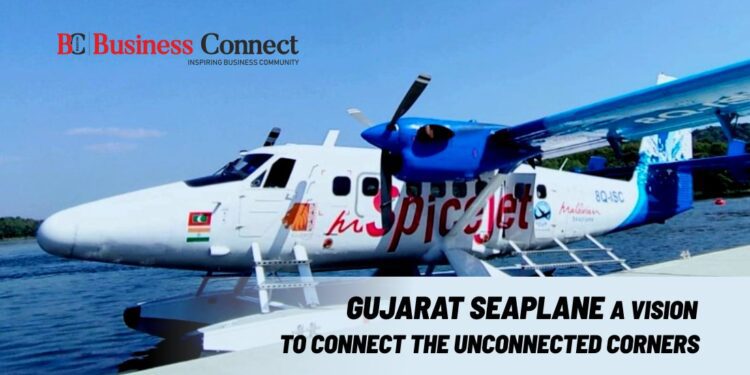 Gujarat Seaplane: A Vision to Connect the Unconnected Corners

The responses to the Ahmedabad-Statue of Unity seaplane service are so overwhelming that SpiceJet is now planning to start a similar service that will be connecting Surat in south Gujarat with the Statue of Unity. The service is operated by Spice Shuttle, which is a fully-owned subsidiary of SpiceJet.

Gujarat seaplane service has been launched by Prime Minister Narendra Modi launched on 31st October between the Statue of Unity near Kevadiya in Gujarat’s Narmada District and the Sabarmati Riverfront in Ahmedabad.

Inauguration of the service was completed by PM Modi, boarding the 18-seater twin-engine plane from pond-3 that is near to the Sardar Sarovar Dam near Kevadiya and landing at Sabarmati Riverfront in Ahmedabad (the distance covered was in about 40 minutes). Usually, by road, it takes around 4 long hours to reach Kevadiya from Ahmedabad.

A vision by Prime Minister to connect the most remote parts of the nation by air has been fulfilled. Ajay Singh, Chairman and Managing Director of SpiceJet said that “The launch of our first Seaplane service will be recalled as one of the most notable events in the history of Indian Aviation”.

Gujarat seaplane service that has been launched, will cut down the travel time to about half an hour. It will be unique as well as an exciting flying experience that would massively help in the enhancement of travel and tourism.

Gujarat seaplane service is considering for other routes and destinations which are Port Blair and Havelock in the Andaman and Nicobar Islands, Delhi to Haridwar, Delhi to Rishikesh, Naini Lake, and Tehri Dam. Along with that, similar operations are scheduled in Srinagar, Udaipur, Dal Lake, Ladakh, Sunderbans in West Bengal and backwaters in Kerala.

“Under UDAN, only 30% of seats will be set at a price of ₹1500 and the rest will be rated according to the market demand”.

“18 seaplane routes has been secured by SpiceJet, which includes Ahmedabad-Kevadia (Sabarmati River Front to Unity Statue, Sardar Sarovar), Agatti-Minicoy, Agatti-Kavaratti, among others”.

Gujarat Seaplane gives you a special experience as it flies at a low altitude which allows you to explore the surrounding beauty near the Statue of Unity.