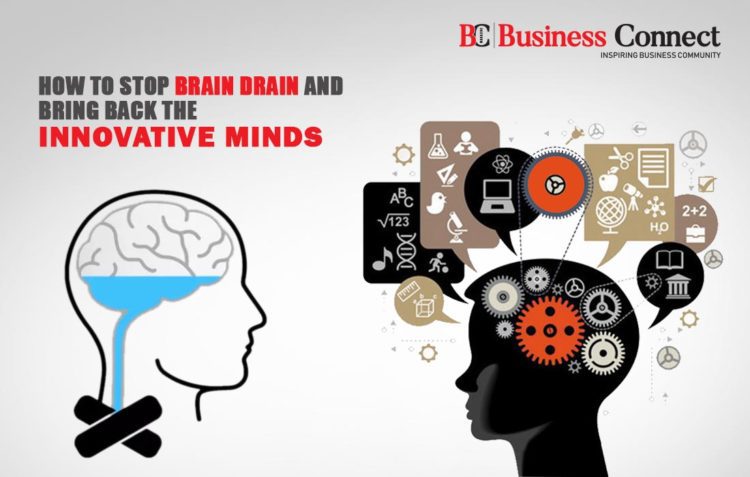 India has always been bestowed with some of the brilliant minds of the world. Time and again, our people have proved their excellence in a multitude of domains ranging from Science & Technology, Armed forces, Literature, Agriculture, Medical Science, Philanthropy, Economics, Arts & Craft, Politics, to Business and Entrepreneurial ventures. Indians are respected all around the world for their acumen and rich knowledge of their domain. Even in the United Nations, Indians have been the talk of the town because of their selfless service provided to restore peace in the world.

What annoys or must annoy us is the migration of millions of such Indians every year from their motherland. What makes them leave their country and settle down thousands of kilometers away? Brain drain is the biggest loss that we have been suffering for last many decades since the independence from British Government. Most of the people after the independence had believed that everything will become hunky dory but nothing much changed on the ground. The difference between poor and rich kept deepening. Poor kept becoming poorer and rick kept going richer.

After the independence, not everything was going as good as people had thought of. Moreover, the nature was also not willing to support us. India faced couple of droughts and famines that took thousands of lives across many states. India was starving and so were the aspirations of a number of people. Not everyone could digest the circumstances. Some, in search of a better future, migrated towards so-called developed countries and after decades did not return ever.

Today, when we see people with Indian origins leading some of the biggest companies in the world, we feel proud and start blowing our country’s trumpet. It’s indeed the universal truth that India has created genius since millenniums but for last few decades this fact has shown us the difference facet of the coin. Let’s face the ugly truth. Despite have so much of talent pool why are we not able to retain them? Why does a student from some top college or university dream of spending his entire life in a foreign country?

What is it that entices our top brains rather?  Why don’t they serve their country by making good use of their expertise for the betterment of the nation? Why are we becoming a major source of brain drain? We proudly say that the USA has so and so percentage of Doctors, Engineers and Scientists. But we hardly give it a damn to bring such experts to our country. Where are we lacking? This is a question that needs to ask not only by the government but to ourselves too.

Are we suffering from inferiority complex? Do we need certificates from the western part of the world to prove our worth? Someone learning Classical music or dance in India remains in the dark until and unless he becomes famous in the western world. We are loaded with such examples. Oscar winner Sound Engineer Resul Pookutty was barely known to most of the people in India. But after winning oscar, he became quite famous. Same is the case with Kailash Satyarthi – the Nobel Prize winner, for his selfless work on child labor and sex trafficking. He had been working for decades for the noble cause but he was not a renowned name.

Where are we lacking? Till when will keep being jubilant that Satya Nadella, Sundar Pichai, Sunita Williams, Kalpna Chawla among others are from Indian origins? Just imagine how proud we would have been had they represented India not the USA. Although we don’t stop ourselves from taking credit but the truth is that they love to call themselves US citizens. Kalpna Chawla and Sunita Williams both stayed long back in the USA and henceforth represented NASA not ISRO.

Though things have changed a bit now under the present government still there is a lot more to do. We need to know the root cause of migration of top minds. Is it the high salaried jobs that is tempting them? Does India not fit into their high aspirations? Are they afraid of the political turmoil that keep taking place on a regular intervals in one or the other states?

We as a society need to fathom that the migration of such brilliant minds is a big loss to the nation and we are paying the price by spending a huge amount of money on the ideas that are ideally ours.

Benefits of Starting Career with Startups for Youngsters