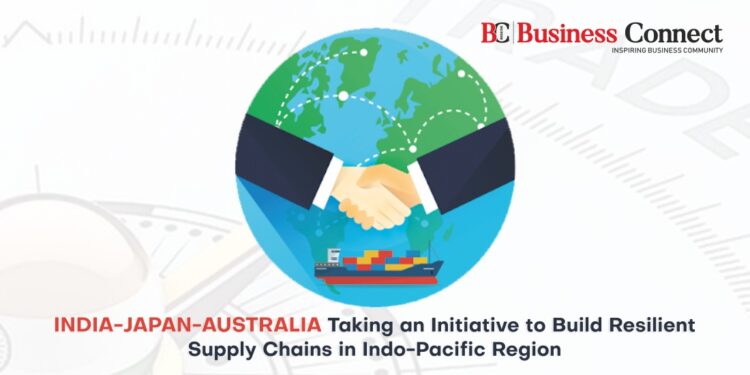 India, Australia, and Japan on Tuesday have agreed to launch an initiative that would ensure the flexibility of supply chains in Indo-Pacific, the change coming against the backdrop of tensions created by China’s aggressive actions across the region.

The formation of the “Supple Chain Resilience Initiative” was proposed by Japan during the Covid-19 crisis, which created havoc with supply and manufacturing chains, and the three countries held preliminary negotiations on the issue over the past few weeks, following reports that they are looking forward to working together in accordance to counter China’s dominance on trade. The three nations aim to create a free and transparent trade and investment environment.

According to Japan’s trade ministry, while China was not specifically addressed during the meeting, the three ministers decided that ASEAN nations would be good candidates to reach out next.

“The ministers reaffirmed their determination to take a lead in delivering a free, fair, inclusive, non-discriminatory, transparent, predictable and stable trade and investment environment and in keeping their markets open,” said the Australia-India-Japan Economic Ministers’ Joint Statement on Supply Chain Resilience, issued at the end of the meet.

The ministers instructed their officials to start working out on the details of the initiative for its launch later this year. The other regions which share similar views are asked to participate in the initiative.

India’s minister of commerce and industry Piyush Goyal said, “The diversification of supply chain is critical for managing the risks associated with the supply of inputs including disciplining price volatility. We could provide the core pathway for linking value chains in the region by creating a network of reliable long-term supplies and appropriate capacities,” adding that India recognized the broad concept of working towards confirming a trustworthy, dependable, and reliable supply chain in the Indo-Pacific region.