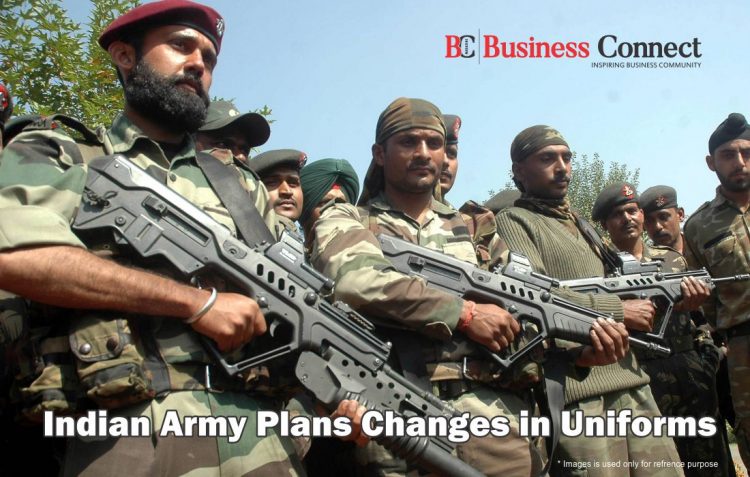 The Indian Army is planning to make certain changes in its uniforms. Officials in the Army met recently to discuss these changes, according to a media report.

If implemented, these changes would be a first in major changes made in the Army uniforms. There would be alterations in both the peacetime version and the combat uniforms.

A number of suggestions have been received and are now being examined. The changes include shifting the epaulette to the chest of the soldier, which is currently placed on the shoulder for officers and on the arm for the jawans. The epaulette identifies the rank and regiment of the soldier. This is similar to the way epaulettes are worn in the armies of US, UK and Pakistan. Apart from this, there may be changes to the belt as well. Since the belt buckle is bigger than usual in peacetime uniforms, they are suggested to be replaced by lanyards, which is worn around shoulders, for greater comfort. Another suggestion is for modifying the shirt and trousers in certain uniforms. The reasons behind the changes proposed for the uniforms are comfort, security from being identified by the adversary, and durability. “Talks on the issue have been ongoing. The suggested changes are being examined,” said an official.

“Some of the changes are placing the epaulettes on the front of the shirt. There are also suggestions on removing the belt. Some changes have also been suggested for the shirt and trousers for some uniforms”, another official added.

Changes have been made in the past, including changing the colour of the uniforms. To differentiate from their Pakistani counterparts, the khaki-coloured uniforms were changed to the present olive green.

The minor changes made earlier include changing the colour of the ranks on the cloth epaulettes to only black and removing the regimental colours. However, this move was reverted to its earlier form of ingraining a soldier’s regimental colour on the ranks. Another such change was making camouflage pants for combat whose bottom end was either tucked into the boots or had elastic at the bottom.