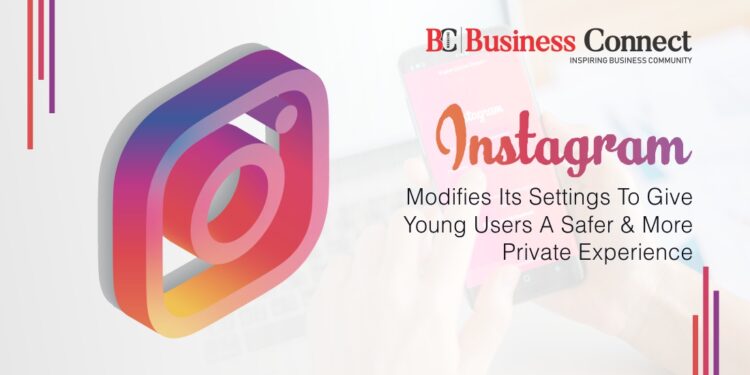 Instagram’s settings for users under the age of 16 were altered on Tuesday (27th July), reverting their accounts to a private setting with less targeted advertising for this group.

According to Instagram, the goal is to provide a safer and more private experience for young people.

Instagram is extremely popular among Indian and international youth. Facebook owns the app, which has over one billion users globally. Despite the fact that Statista does not split down users by nation, India had the largest Instagram audience in April 2021, with 150 million users accessing the photo-sharing and editing app, followed by the United States with 140 million users.

“We want young people to enjoy using Instagram while also ensuring that their privacy and safety are never affected. We want to find the proper balance between providing all of the features that young people enjoy about Instagram while also keeping them secure. That’s why we’re introducing some changes today. “We’ll keep listening to them, their parents, policymakers, and experts to design an Instagram that works for kids and that parents trust,” said Karina Newton, Instagram’s Public Policy Director.

The modification will appear to take effect this week. In some countries, the default private account settings will have an age limit of less than 18, rather than 16.

People with private accounts can control who sees and replies to their content. People must follow you if they want to read your posts, Stories, or Reels if you have a private account. People won’t be able to comment on your work there, and they won’t see it at all in areas like the Explore section or hashtags.

“When young people first signed up for Instagram, we used to ask them whether they wanted a public or private account, but new research shows that they prefer a more private experience. Eight out of ten young people approved the private default settings at sign-up during testing,” In a statement, Instagram claimed.

Those under the age of 16 (or 18) who already have a public Instagram profile will receive a notification explaining the benefits of a private account and how to modify their privacy settings. Instagram stated, “We’ll still provide young individuals the option of switching to a public account or keeping their current account public if they desire.”

Instagram is also limiting the activity and visibility of underage users to potentially suspicious adult accounts.

“We’ve created a new technology that allows us to identify accounts that have engaged in potentially questionable behaviour and prevent them from communicating with accounts belonging to children and teenagers. We mean accounts belonging to adults that have recently been blocked or reported by a young person when we say “possibly suspicious behaviour.” We won’t show these adult young people’s profiles in Explore, Reels, or ‘Accounts Suggested For You’ because of this technology,” Instagram stated.

In addition, Instagram will limit the ways in which advertisers can reach a younger audience.

“We’re also changing how advertisers can reach out to young people with advertisements. Starting in a few weeks, advertisers will only be able to target advertising to persons under the age of 18 (or older in some countries) based on their age, gender, and area. This implies that advertisers will no longer have access to previously accessible targeting options, such as those based on interests or their activity on other applications and websites. These changes will affect Instagram, Facebook, and Messenger on a global scale,” According to the company.

Cyberbullying is a leading cause of psychological problems among teenagers and young people all across the world, including India.

According to a report released last year by Child Rights and You (CRY), one out of every three adolescent users had an unpleasant encounter on the internet. Around 10% of those polled said they had been the victim of cyberbullying. Only one in every two teenagers has experienced cyberbullying.

How to overcome failure in your entrepreneurial journey