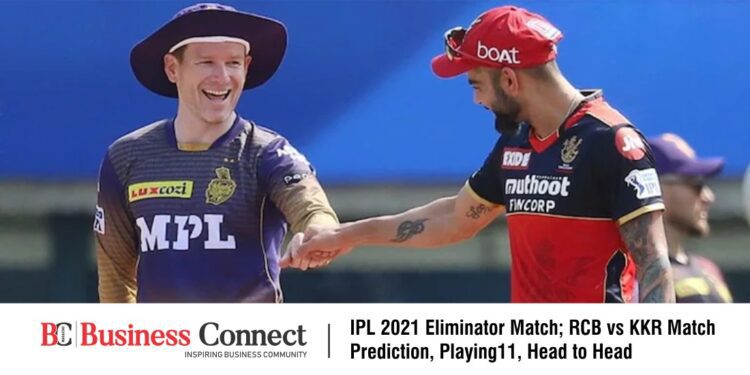 Royal Challengers Bangalore will take on Kolkata Knight Riders (KKR) in today’s eliminator match (11 October 2021). After the league stage, Royal Challengers Bangalore was ranked third. They won by seven wickets against Delhi Capitals to end the league campaign on a high note. Glenn Maxwell, their best bet in the batting line-up, hit a half-century, while Srikar Bharat batted heroically for his team, scoring 78 runs off 52 deliveries to help them chase down the 164-run mark on the final ball of the match against Delhi Capital.

RCB would be concerned about Virat Kohli, Devdutt Padikkal, and Ab de Villiers’ dismal form despite the win. They were all let go without making much of an impact in the final game. On the slow tracks in the UAE, the trio has struggled with the bat. Someone from the trio will have to play a significant knock with the bat if RCB wants to win the eliminator match.

Kolkata Knight Riders, on the other hand, are in fantastic form. In the second leg of the IPL 2021, they stood out in every aspect. Shubman Gill and Venkatesh Iyer the openers have given the team a strong start, Rahul Tripathi and Nitish Rana have taken advantage of a good start in previous matches. Morgan and Karthik both scored runs and remained unbeaten in the previous game, which should boost the team’s morale.

Sharjah Pitch is not a great one for batting, batsmen saw difficulties when the ball gets old, Chasing is a great option as five out of eight games are lucky for the chasing team.

The team batting 2nd will get pitch advantages, the chasing team is likely to win this match.

8 Growing Businesses you can start with less than $100