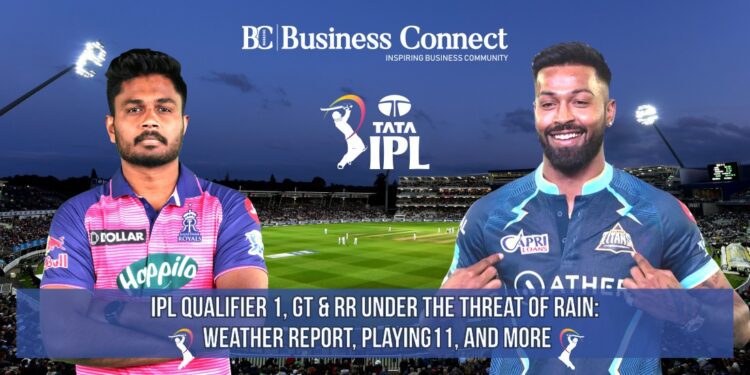 Gujarat Titans will face Rajasthan Royals in the Tata IPL 2022‘s first qualifier match on May 24 at Eden Gardens in Kolkata. Gujarat Titans defeated Rajasthan Royals by 37 runs the previous time they played each other this season. The winner of this game will advance directly to the Tata IPL 2022 finals, while the loser will have another chance to reach the finals. In view of the possibility of rain, the pitch curators at the venue are taking precautionary measures. Rain is expected for two hours, with a 58 percent chance of cloud cover and a 39 percent chance of thunderstorms.

Kolkata’s Eden Gardens Stadium is a high-scoring venue. The ground is conducive to batting, while spinners are well supported in the matches. In T20Is at the stadium, the average first innings total is 155, while the average second innings total is 136. During the Qualifier 1 match, Eden Gardens will host the first encounter of the IPL 2022 season.

Extra Time: The BCCI has given the matches an extra two hours. As a result, the 7.30 p.m. games can start as late as 9.40 p.m. without losing any overs.

Minimum Overs: A minimum of five overs is required to announce the match result; if those five overs are not achievable, the match will be decided by a Super Over. This rule will apply to matches that do not have a reserve day, such as Qualifier-1, Eliminator, and Qualifier-2.