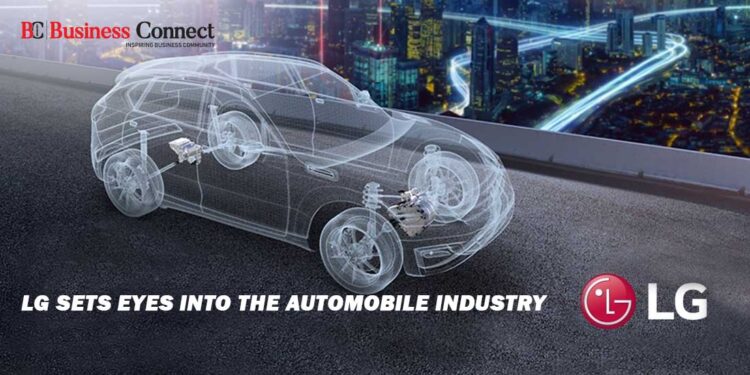 Now that LG’s smartphone business is due for either closure or a handover because of successive loss-making years, LG is foraying into the automobile industry. The partnership with Qualcomm has been announced by the South Korean company in order to develop 5G automotive platforms as LG is aiming towards setting its eyes on business expansion in emerging markets. The vice president of LG Electronics, Park Jong-sun stated that “the new partnership will be leveraging decades-long research and development experience specific to 5G automotive platforms.”

Ever since Qualcomm is known to be one of the biggest manufacturers of semiconductors for telematics as well as wireless car connectivity, The company is focused on tapping its resources, much like other partners that Qualcomm is working with. Qualcomm is willing to develop “connected, reliable, intelligent as well as location-aware next-generation vehicles” as the company goes on towards expanding its partnerships that currently will be including LG, ZTE Corp, and Continental AG. As per LG, it thinks that 5G is critical for the deployment of a fully-connected car platform along with harnessing Qualcomm’s expertise for that is the way to go.

As per Jong-sun, up to 3-quarters, precisely around 75%, of all automobiles that will be sold in the year, 2027 will be having some form of cellular connectivity inside, which paints a bright future for 5G automotive technologies. LG is all set to dip its toes into this market early so that its partnership with Qualcomm Technologies is set to bear fruits by the time the market for fully-connected cards mature. LG as well as Qualcomm have a long-standing relationship in the connected car segment of the industry.

LG and Qualcomm collaborated to develop telematics technology in 2004, while the two firms signed a contract to work on connected car solutions later in 2017. And then both LG and Qualcomm reached an agreement in 2019 to run on LG’s in-car infotainments and webOS Auto platforms. In the automotive sector that it has been working towards in recent years, LG wants to go all out, but forming a partnership with Qualcomm would propel the business deeper into the market. LG is currently in collaboration with Magna International of Canada for the manufacture of electric vehicles and their components.

The demand is also rising for self-driving vehicles, electric cars and fully connected cars. In addition to bigwigs like Hyundai, Tesla, Honda, and others, smartphone and technology companies are drastically changing their focus. Other brands chose to sink their teeth into the EV market after Google’s parent company – Alphabet joined the market with Waymo. But Apple was the most fascinating development. Apple was rumoured to be working on an EV earlier this month but Hyundai mistakenly admitted it has got a proposal from Apple on the same. This was followed by a series of denials, but the secret was out for good finally.