No Result
View All Result
Home Companies in Focus 2019 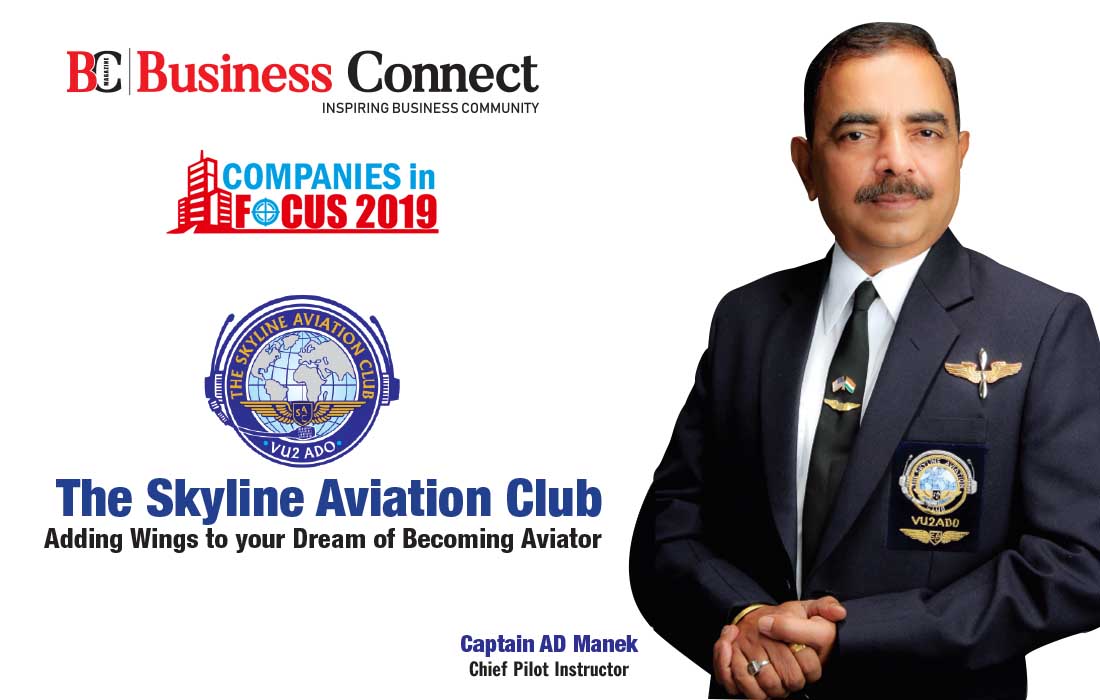 Wise people have said that if you have guts then you will have glory. Today, let’s explore the fascinating story of one such gutsy person that will motivate our readers. That person is none other than Captain AD Manek, who defied all the odds and carved a niche for himself in the Aviation industry.

His story has all the ingredients that make it a tempting one to read, more so for those who come from humble backgrounds like him and aspire to cement a position in the domain of aviation sector. Who would have imagined that a child laborer from a small village of Gujarat would go on to become a successful Pilot and Aviation instructor.

It is a common phenomenon for kids to be lured by the mesmerizing scene of flying airplanes. In the childhood days, whenever we would see some flying airplane, we would say “Tata” or “Bye Bye” the moment it disappeared, we would be back to our work forgetting the fascination of flying Airplane.

No Dream is Big if you are Passionate

But for a village-boy Amrut, this object became his destiny and destination. Once while working in a farm, he saw an aeroplane flying and was scintillated by the flying object. He reared a dream of flying aeroplane fulfilling which was nothing short of gargantuan task for a boy from extremely poor background. It is said that God helps those who help themselves. Young Amrut was full of dedication, devotion and determination.

Of course, the path to his dream wasn’t going to be a cakewalk taking into consideration the harsh circumstances in which he was surviving. Those were the days when he was compelled to run his daily expenses in a meagre 1 Rupee 25 Paise per day. He realized that to fulfill his dream, moving to Mumbai would prove fruitful as his father was a peon in a private company. Living there in Mumbai, he burnt midnight lamp in order to make his dream come true.

Amid this, he started working as laborer in Plastic Rings Factory that helped him meet his education expenses. Finally his hard work and devotion paid well and he got himself admitted to Siddharth College of Commerce. In college, he joined NCC’s Armored Wing and was honored with “Best NCC Cadet of Maharashtra” in 1983. This led him a little closer to his aim.

Apart from this, slowly and steadily, he became a voracious reader and used to read anything and everything related to Aviation. He made a huge collection of books and learnt a lot about Aviation. Things started falling in place gradually. His practical stint with Aviation began while visiting Bombay Flying Club to figure out how to become pilot in 1979. He went on to acquire his Private Pilot’s License from DGCA, Govt. of India through Gujarat Flying Club in 1985. After which, he established Aviation Training Institute “The Skyline Aviation Club” in 1987 in Mumbai.

Setting Benchmark One After Another

He didn’t stop here and completed his Commercial Pilot’s Certificate training with Instrument Rating, Multi Engine Rating and Instructor Rating from USA in 1989. Moreover, he completed his training in Aircraft Dispatcher from Institute of Flight Operations & Dispatch (IFOD), Texas, USA in 2008.

Talking about his service and modus operandi, Captain Manek says, “We have holistic approach in our work policy. We believe in “Your Win is our Win”. We provide mentorship to our students and parents till they are satisfied or get into employment as pilot or aircraft dispatcher in any airline. We have threefold responsibilities; 1. Pre-training 2. Training 3. Post training value added services for job placements.”

The Skyline Aviation Club serves prospective candidates, aspirants and passionate people to help them become an Airline Pilot or Aircraft Dispatcher. It ensures unbreakable faith by providing the best services in the industry with honesty. “I am an ex NCC (Indian Army) cadet, I ensure every act should cultivate positive results for Students and for our Institute”, adds Captain Manek further.

The Institute keeps itself abridged with latest technology in Airline Industry especially in training areas. The future holds tremendous opportunities for all including beginners as students as Indian Aviation Industry is growing at the rate of 20%.

Great people always take inspiration from great people. Captain AD Manek finds his inspiration and role model in the First Indian Pilot Bharat Ratna Sir JRD Tata. He learned from him to do the best to cater needs of prospective students and parents. His organization has trained 4500+ students in 31 years. All successful students are employed with airlines in India and aboard.

The Institute does a lot of CSR work. It helps deserving students by providing Freeships, Scholarships and Education Loan for Aviation Careers. Besides this, it provides Emergency Wireless Communication Services for Disaster Management in case of natural disasters like  Earthquakes, Floods, Tsunami and Landslides in India and aboard through Ham Radio. It also helps poor people or rural areas for Education and Medical.

The Faculty of Institute is consist of highly qualified and well experienced Instructors certified by FAA, USA and Pilots licensed by DGCA, India. The Institute and Captain AD Manek as a whole has received 44 Awards so far. Moreover, 256 Newspapers and Magazines have published Success Story of the Institute.

Captain AD Manek has been featured 28 times by various TV News Channels including CNN as Aviation Expert for Air crashes and other matters of Indian Civil Aviation Industry. Not only this, he was also nominated for 3rd Highest Civilian Award Padma Shri Award of Government of India that makes him the first person from Indian Civil Aviation Industry to be nominated for such an award. Efforts and Excellence in Aviation Training are appreciated by many dignatories including First Pilot of India Sir JRD Tata and Prime Minister Shri Narendra Modi.

Captain Manek has few words to say for aspiring entrepreneurs. He says, “Believe in yourself. Development of individual or Institute can be achieved by 5 Ds; 1. Determination 2. Discipline 3. Dedication 4. Devotion and 5. Daring along with Honesty & Clarity in your Thoughts, Deeds and Actions.” 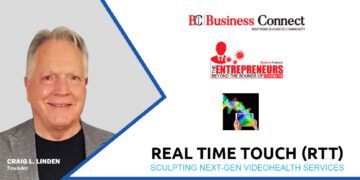 The Entrepreneurs Beyond the Bounds of Covid-19

REAL TIME TOUCH (RTT): SCULPTING NEXT-GEN VIDEO HEALTH SERVICES With the commencement of 2020, the world has been attacked by... 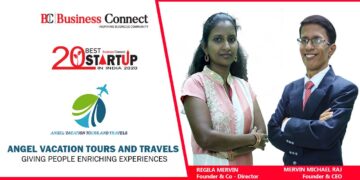 ANGEL VACATION TOURS AND TRAVELS: Giving People Enriching Experiences Traveling is undeniably the finest activity that makes people not only...