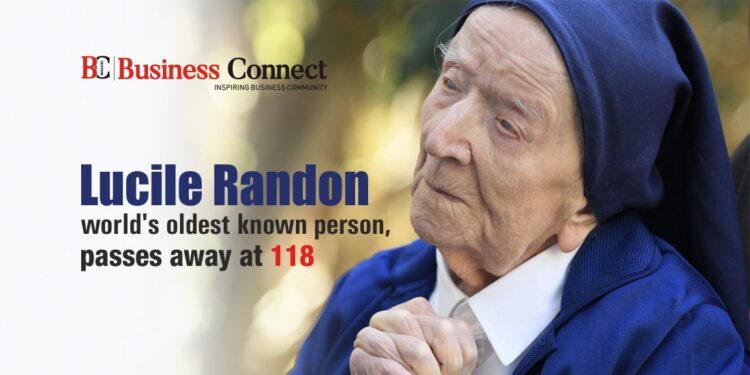 The world’s oldest known person, French nun Lucile Randon, died at the age of 118 in the French city of Toulon on Tuesday (January 17). Randon, who took the name Sister Andre when she became a nun in 1944, died in her sleep at the nursing home where she lived. She was born in southern France on February 11, 1904, when World War I was still a decade away.

Randon’s spokesman, David Tavella, said she died at 2 a.m. Tuesday. “Very sad but she wanted this to happen, it was her wish to meet her beloved brother. For her, it is freedom,” said Tavella.

Toulon Mayor Hubert Falco announced the news of her death on Twitter, writing that “It is with great sadness and emotion that I learned tonight of the passing of #SisterAndré, the oldest person in the world.” A born survivor, she survived the Spanish flu pandemic in 1918 and two world wars.

According to reports, Ken Tanaka of Japan died last year at the age of 119. After this, Randon was the oldest. Randon has seen many rounds of the world. She has also seen world wars and the rise of the United Nations. She has seen the story of France from its dissolution to its formation. Lucile Randon was born the year New York opened its first subway and the Tour de France was staged only once.

She converted to Catholicism when she was 19 and became a nun eight years later. Randon worked as a governess and tutor before entering a convent in 1944 at the age of 40. She was in the nursing home since 1979 and in Toulon since 2009.