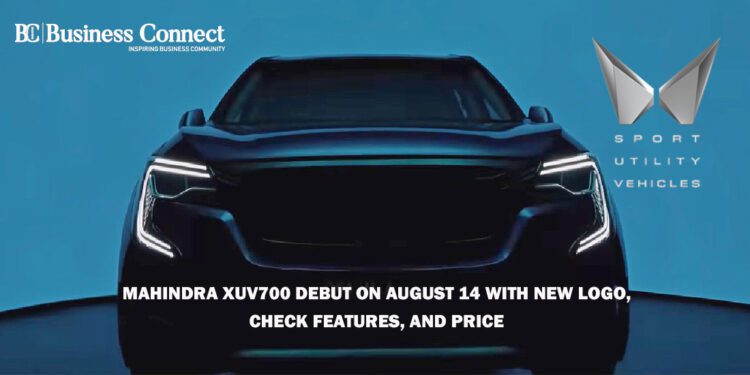 The Mahindra XUV700 will make its premiere at 4 p.m. on August 14. Mahindra & Mahindra (M&M) has unveiled a new visual identity, including a new logo that serves to identify the company’s SUV collection. The new XUV700 will be the first vehicle to feature the Twin Peaks logo, followed by the phased introduction of additional SUV models.

The new visual identity will be visible across the SUV product portfolio by 2022, covering 1300 customer (Sales) and service touchpoints, as well as 823 cities.

The XUV700 will be equipped with world-class safety features and will be available with both Diesel and Gasoline engines, Manual and Automatic transmissions, and optional All-Wheel-Drive (AWD) capabilities, according to the firm.

The Mahindra XUV700 teaser shows the new dashboard, which features two huge horizontally placed screens. The infotainment system and the multi-information display are both displayed on the two screens. Under a single glass panel, both screens are flush.

The new logo in the centre of the steering wheel, however, is the main attraction. For its SUVs, Mahindra has unveiled a new logo. Audio controls and cruise control are expected to be included on the steering wheel.

The XUV 700 will be the first vehicle to have Sony’s 3D sound system, according to Mahindra. Sony’s 360 Spatial Sound Technology will be included, and it will be powered by Sound Building Blocks. The XUV 700 would have the largest panoramic sunroof in the segment called Skyroof. The XUV700 might cost as few as INR 16 lakh for the entry-level model and as much as INR 22 lakh for the top-end model.