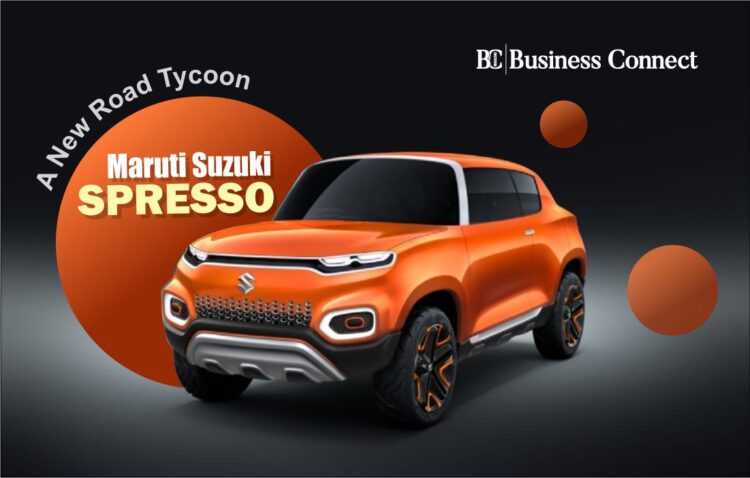 The all-new trending car by Maruti Suzuki – S Presso will be an entry-level compact and crossover that is amazingly engineered and developed in-house by Maruti Suzuki trusted the auto brand. It is all engineered first at its Rohtak R&D facility in Haryana. It is also regarded as the best production version of the Maruti Future-S Concept that debuted at the Auto Expo 2018 with its primer design.

The crossover car came with four different variants and it is internally codenamed as the Y1K and is expected to be based on a modified version of the Heartect platform. This formula also underpins the new Maruti Suzuki WagonR. It is likely to feature dual-tone paint schemes and a segment-first touchscreen infotainment system with the rear camera.

The Maruti Suzuki S Presso is expected to be powered by a 1.0-liter K10B three-cylinder petrol engine that will be mated to a five-speed AMT and manual transmissions. It is expected likely to be launched in India towards the end of this year. Standard safety features will include ABS with EBD, dual airbags, rear parking sensors, front seatbelt reminder, and speed alert system.

The new Maruti Suzuki S Presso is expected to be based on the Maruti’s Heartech platform. Pictures from earlier show cladding on people’s minds with the bumpers and interiors could be all-new with a centrally positioned digital speedometer. The higher variants could also receive a touchscreen infotainment system with app support.

The Maruti Suzuki S Presso is set to be available in the range of Rs 3.5 lakh to 4.7 lakh (ex-showroom).

Engine: expected to come from the 1.0-liter K-Series petrol engine

Outer Features: The outside features will have a full-body plastic cladding, 15-inch alloy wheels, and large LED headlamps