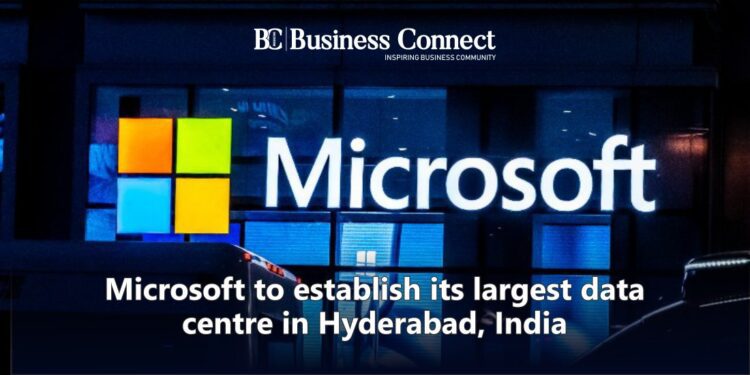 Tech giant Microsoft Corp on 7th March said it plans to set up its largest India data center region in Hyderabad, Telangana. The first phase is expected to be operational by 2025.

For corporations, start-ups, developers, education, and government institutions, the data centre will offer the full Microsoft portfolio across the cloud, data solutions, artificial intelligence (AI), productivity tools, and customer relationship management (CRM) with superior data protection. “Microsoft’s cloud capabilities and capacity will be augmented by the new data center, which will help individuals working across the country.” It will also assist new business ventures while also addressing crucial security and regulatory requirements. The new data center region exemplifies our aim of empowering Indian people and enterprises to achieve greater success. Microsoft India President Anant Maheshwari remarked, “We are happy to be cooperating with the Government of Telangana on this critical milestone, and we genuinely appreciate their support.”

Maheshwari noted that the company’s data centre capacity in India has been increased. He went on to say that this is a long-term investment. The data centre in Hyderabad will not be the largest from day one, but it will grow to be the largest over time, according to Maheshwar.

According to a report conducted by research company IDC, Microsoft data centres in India generated $9.5 billion in revenue between 2016 and 2020, according to Microsoft. Aside from the GDP impact, the IDC analysis estimates that 1.5 million new jobs were created in the economy, with 169,000 of them being skilled IT employment.