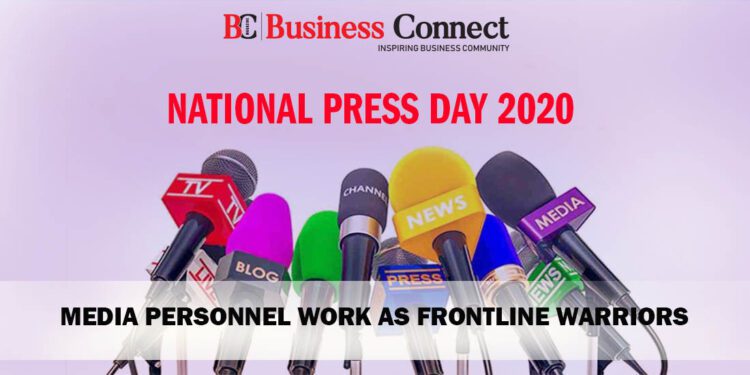 On the National Press Day 2020, a free press is described as the “soul of democracy”. Top leaders like President Ram Nath Kovind along with Prime Minister Narendra Modi also applauded media personnel for the efforts that they delivered during the COVID-19 pandemic.

On the occasion of National Press Day, it has been emphasized by the leaders that if there will be any occurrence of violence against the freedom of the press, it will be unfavourable to national interests and must be supported by everyone.

While the media was praised by the president as well as the prime minister for their contribution at the time of the pandemic, M Venkaiah Naidu (Vice President) and (Union Minister) Amit Shah and Prakash Javadekar emphasize the significance of freedom of the press in the country and has condemned any attack against it.

During a webinar that was organized by the (PCI) Press Council of India in order to celebrate the National Press Day, the president stated that media personnel’s have been among frontline corona warriors who have played a significant role in educating people and justifying the impact of the pandemic.

The President, Kovind stated that the theme for this year’s National Press Day 2020 will be “Role of Media during COVID-19 and its impact on the Media”, it deals with the most serious crisis that has been faced by the world and the country.

“A vital role was being played by the Media at the time of COVID-19 in dealing with the issues regarding it and educating people as well as it has helped in mitigating the impact of the pandemic.”

The media was also being appreciated and praised by the prime minister for delivering outstanding service by spreading awareness against COVID-19 and that, it has been acting as a respected stakeholder in helping government in its initiatives.

Exceptional services are continuously being delivered by the media by spreading awareness regarding COVID-19 pandemic. India is moving forward towards the determination to build a strong and “Aatmanirbhar Bharat”.