Netflix cuts prices in India; Check Best streaming service for you in 2021-22 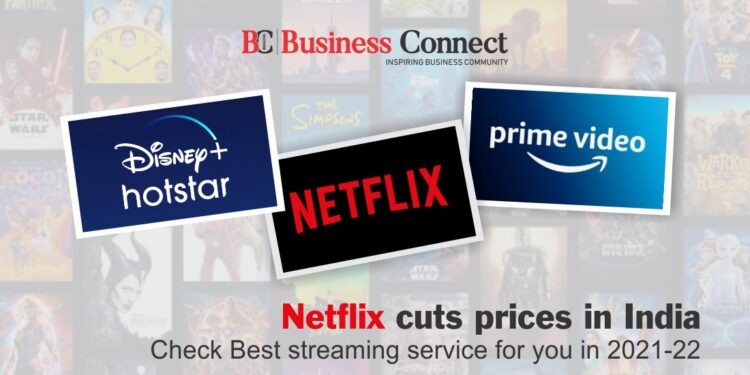 Netflix cuts prices in India; Check Best streaming service for you in 2021-22

Amazon Prime has a monthly package that starts at INR 129, while Disney+Hotstar charges INR 1499 for premium services and INR 499 for Disney+Hotstar mobile. The corporation is calling the new plans “Happy New Prices,” and they will take effect on December 14, 2021.

The most affordable package for a Disney+ Hotstar membership is currently INR 499. However, the content will only be available on mobile phones and the streaming quality would be restricted to HD.

INR 1,499 Plan – The flagship package delivers 4K video, which is a significant advance over prior plans because customers will be able to view material on four devices at once. When there are more than four users, one of the previously signed-in accounts will be immediately logged out.

Netflix India’s Vice President of Content, Monika Shergill, told that the price decrease coincides with the company’s content strategy and the release of new content. We’ve been releasing big titles over the last three weeks. And, according to the Netflix timetable, major programmes and films will be released regularly. And it’s the type of programming that caters to a broad audience. And now that the information was ready for such a vast audience, it was the ideal opportunity to delve deeper and appeal to a broader audience. The goal is to provide value not only via entertainment but also through low rates, Shergill stated.

HOW TO PLAN A TRIP