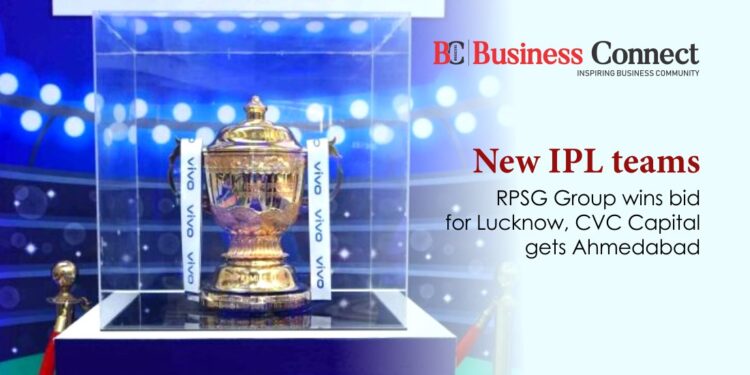 The IPL 2022 season will include 10 teams and 74 games, with each club playing seven home matches and seven away matches. The BCCI had expected a profit of around INR 10,000 crore but now received INR 12,690 crore from the two new clubs that will compete in the IPL in 2022.

Big names who have picked up the bid document

Goenka was overjoyed to be back in the IPL, this time as a full-time owner rather than a temporary one, as he was when he oversaw the Pune franchise during CSK and Rajasthan Royals’ spot-fixing suspensions. “First and foremost, it feels nice to be back in the IPL,” Goenka said after his firm won the bid. “Now, it’s really up to us to assemble a decent squad and try to put up a good performance. So, the job begins now in terms of really hiring the coach, putting together a team.”

Goenka was one of the favourites to win a franchise after owning the Rising Pune Supergiants for two years in the IPL in 2016 and 2017. “Yes, RPSG submitted the highest proposal of INR 7,090 crore, with CVC coming in second at INR 5,600 crore. According to a top BCCI source in Dubai, the sale will net the BCCI roughly USD 1.70 billion.

Gautam Adani’s Adani Group, which offered roughly INR 5,000 crore, was one of the unsuccessful biddings, while Glazers from Manchester United and Torrent Group’s bids also fell short. Twenty-two organizations received a bidding document costing around INR 10 lakh, but with a basic price of INR 2,000 crore for new teams, only five to six serious bidders were in the running.