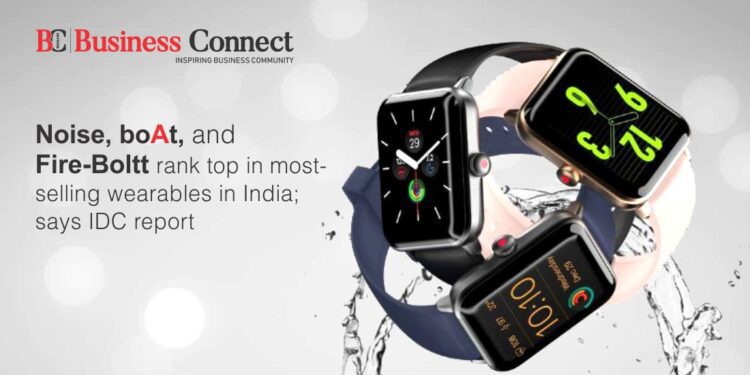 Smart wearables appear to be in demand in India, as the country’s wearables market grew by 93.8 percent year over year (YoY) in the preceding quarter. According to new research, 23.8 million wearables units were supplied in India from July to September this year, demonstrating the rise. In its latest India Monthly Wearable Device Tracker report, the International Data Corporation (IDC) provides the information. According to the survey, despite logistical hurdles and an increase in transportation costs, the wearables sector witnessed record shipments, due in large part to month-long festival sales.

In September, total wearable shipments surpassed 10 million for the three months under consideration, more than double the volumes were seen in the same month the previous year. As a result, India’s third quarter of 2021 set a new record for wearable gadgets. Surprisingly, among this record shipment, Indian firms managed to capture the majority of the wearables market. With their aggressively priced options, brands like Noise, boAt, and Fire-Boltt accounted for two-thirds of the smartwatch market. Noise alone captured 26% of the market, allowing it to maintain its lead for the sixth quarter in a row.

Smartwatches climbed the highest among wearables in the quarter, with 4.3 million units shipped. When this is combined with a drop in demand for smart bands, smart wristwear shipments surpassed 5 million in the third quarter of 2021. In a recent analysis, Counterpoint Research reported similar shipping data for July to September. Wearables are not limited to smart wristwear, according to the IDC analysis. Smart audibles, such as TWS, neckbands, and wireless over-the-ear headphones with at least some smart functionality, such as a smart assistant, are included.

According to IDC, the whole earwear category sold 18.7 million units in the third quarter of 2021, an increase of 77.9% year over year. Truly Wireless (TWS) devices accounted for 39.5 percent of the earwear market. Over-the-ear and tethered devices, however, continue to dominate the market.

When it came to the top-selling brands, boAt took the lead with a 48 percent market share and a total of 9 million devices shipped during the quarter. The company‘s year-over-year increase in the category was a whopping 177 percent. With an 8.5 percent market share, Realme surged to second place. OnePlus, which came in third, had nearly the same share.

Tata Motors Concludes the Transfer of Defence Business to TASL