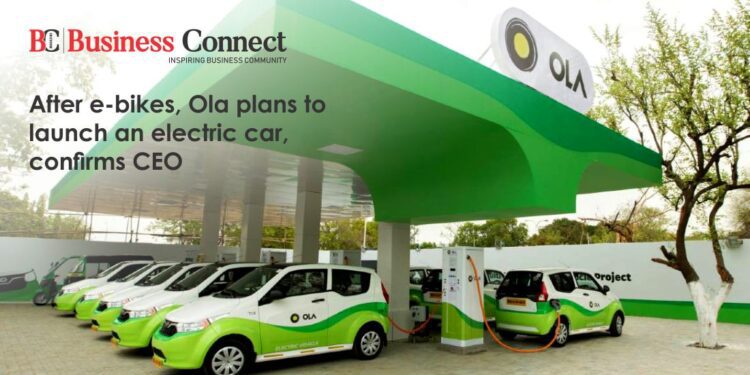 In the future years, all two-wheelers sold in India would be electric, according to Bhavish Agarwal. He also stated that manufacturers must invest in the ecosystem for India to become an electric vehicle powerhouse in the future.

While the CEO did not elaborate on the company’s future ambitions to enter the electric four-wheeler sector, it is important to note that Ola already has an electric car fleet in India. Ola began operating electric vehicles in numerous cities across India, as well as creating charging centres for its fleet vehicles.

Ola Electric is now aiming to create the Krishnagiri facility in Tamil Nadu, according to Agarwal. In an interview, he stated that the business will use the manufacturing base for future electric vehicles as well.

In addition, the firm intends to construct an ancillary or supplier park near the centre. The park’s goal will be to build an ecosystem where they may sell directly to other buyers. Agarwal also asked the automobile industry to invest in the electric vehicle segment in India in the future to turn the country into Electric Vehicle Hub.

The possibility of an Ola Electric car launch follows the Bhavish Aggarwal-led company’s August 15 introduction of the S1 and S1 Pro electric scooters in the electric vehicle market. The electric bikes would cost INR 99,999. Starting in October 2021, Ola Electric is planned to begin delivering electric two-wheelers.

The company has teamed up with Siemens to establish its new electric vehicle production facility. This announcement comes as OLA signs an MoU with the Tamil Nadu government to invest roughly INR 2,400 crore in the facility’s development.

With an initial capacity of 2 million units per year, the factory is estimated to produce roughly 10,000 employment, making it the world’s largest scooter manufacturing facility.