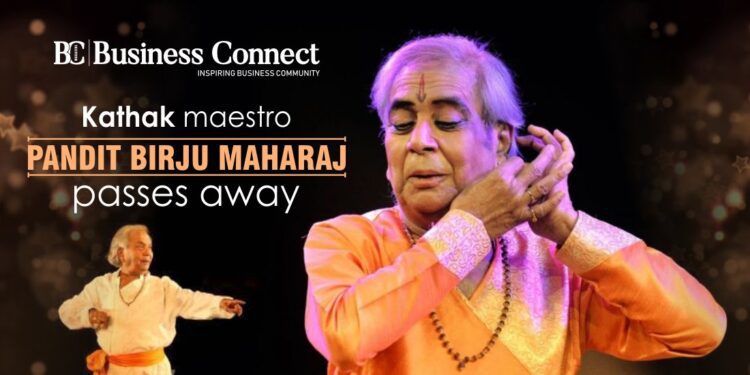 According to reports, Kathak maestro Pandit Birju Maharaj passed away on Monday (January 17) at his residence in Delhi after suffering a heart attack. He was 83 years old when he died. He was born as Brij Mohan Nath Mishra on February 4, 1937, from a well-known Kathak dance family and is the winner of the country’s second-highest civilian honour, the Padma Vibhushan. The news comes only days after Pt Munna Shukla, his nephew, and disciple, died at the age of 78 after a brief illness.

Pandit Birju Maharaj was a direct descendent of the Kathak dancers Maharaj family, which included his two uncles, Shambhu Maharaj and Lachhu Maharaj, as well as his father and master, Acchan Maharaj. His father and uncle started training him in the dance form when he was quite young. Pandit Birju Maharaj’s first significant solo performance was during Manmath Nath Ghosh’s Bengal festivities, and he hasn’t looked back since.

Pandit Birju Maharaj, one of India’s most well-known artists, has been undergoing dialysis therapy due to a renal problem. His granddaughter Ragini Maharaj said, “He probably died of cardiac arrest.” “Maharaj Ji”, as he was popularly known, was surrounded by his family and disciples. They were playing ‘antakshari’ after dinner when he suddenly fell ill at around 12.30 am. “We immediately took him to the hospital but could not save him,” she said. 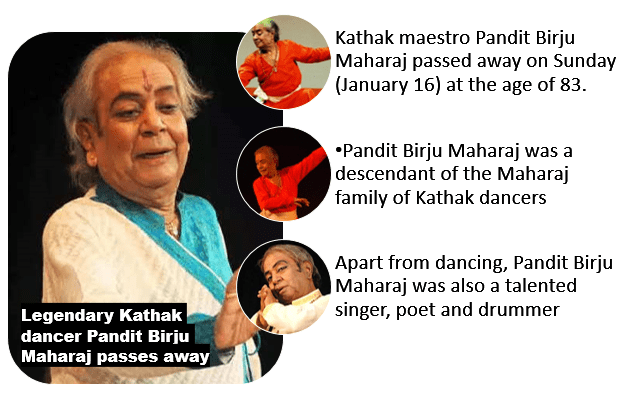