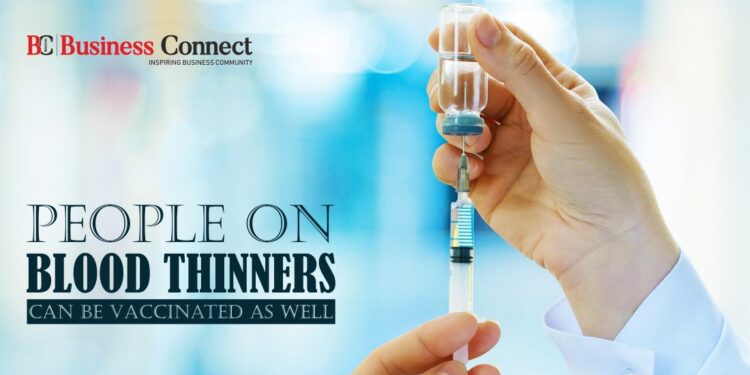 The fact-sheets that has been put out by both Covaxin, as well as Covishield, will be studied soon so that people who are on blood thinners such as Aspirin and Clopidogrel will be able to receive the vaccines, while for those who are on Anticoagulants, they may also be taking the shots with certain precautions, Dr Balram Bhargava, director-general of (ICMR) Indian Council of Medical Research stated this on Thursday.

The usage of blood thinners may not be a possible risk factor for coronavirus vaccines and it is being considered by the government that let companies drop it as a contraindication from the product fact-sheet, stated by the top officials on Thursday.

Dr Bhargava stated that “the relative contraindication about the blood thinner is pointed out in the fact-sheet of both the vaccines that are Covaxin and Covishield and both the companies have written to the (DCGI) Drugs Controller General of India on the subject of changing this point in the fact-sheet.”

He also stated that “There are two categories of Blood Thinners: one has no problems at all, which is antiplatelet – Aspirin, or Clopidogrel; another one is Anticoagulants, which has drugs like Heparin etc. and for those patients who are on these drugs, they have a much higher tendency to bleed. The only thing to be worried about is that there can be a local haematoma, which is a blood clot or a local swelling can occur where the injection site is. It is a very relative contraindication.”

As per the fact-sheet that was put out by both the vaccine manufacturers of Covid-19 had listed use of blood thinners as being one of the contraindications for the usage of Covid-19 vaccine, which is believed by the experts that it could have led to a huge chunk of Indians deciding on to avoid getting the vaccine shots. Due to rising numbers of people with cardiovascular diseases, a family of drugs that fall loosely under the umbrella are widely in use in the country.

Dr Bhargava explained that “For those on this drug, the anticoagulant can be stopped for one or two days before giving the vaccine. There are no contraindications for other blood thinners such as Aspirin or Clopidogrel, and that will be modified and rectified in the fact-sheet as soon as permission for the same is granted by the drug control.”

According to the doctors, the usage of blood thinners is not a big concern in people lined up for vaccination. The former, head of pulmonology and sleep medicine department, AIIMS (All India Institute of Medical Science), Delhi, Dr GC Khilnani stated that “It is similar to the annual flu shot, and people who are on blood thinners also take the flu shot. This isn’t a major concern.”

The Secretary of Union Health and Family Welfare Ministry, Rajesh Bhushan stated that “As of today, 9,000 vaccination sessions are being held nationally in a day that began with 3,374 on the day of launch. We track the number of sessions planned, completed and vaccinated by beneficiaries. And what the aim is and what the success rate has been.”