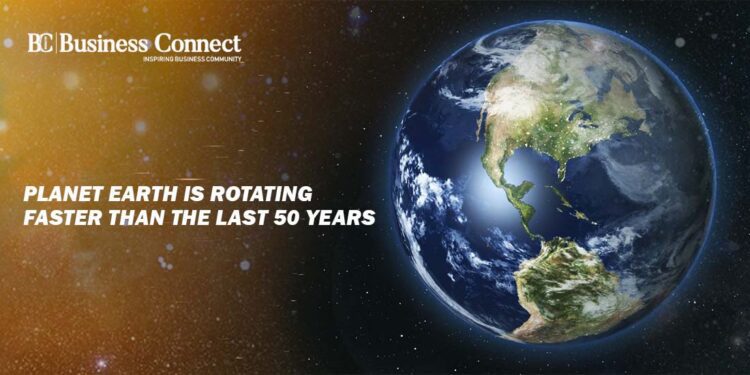 It has been revealed by the scientist that our Planet earth may be rotating faster than it has been over the last 50 years. In short, if we simply say, time is now passing more rapidly in the last half-century than at any point and a full day has been seen taking less than the normal 24 hours since 2020, resulting to the days being shorter than the average days by about 0.5 seconds than 24 hours. As per the reports by Daily Mail, the day of the year 2020, 19th July was the shortest, since scientist began to keep records in the 1960s being shorter for 1.4602 milliseconds than the full 24 hours.

With this new revelation, the timekeepers of the world are now debating upon whether to delete a second from time in order to account for the change and to bring the precise passage of time back into line with the normal rotation of the Earth.

The question arises is that Will a leap second be added? Well, it is important to keep atomic time in sync with solar time in order to keep satellites as well as other communications equipment in sync. However, the (IERS) International Earth Rotation and Reference Systems Service, in July 2020 has announced that there will be no ‘leap second’ be added to the world’s official timekeeping in December 2020. Just like leap years, there are leap seconds that are time adjustments.

In the past, since the 1970s, leap seconds have already been added to 27 days and the latest extension came in 2016 when an additional ‘leap second’ was added on New Year’s Eve at 23 hours, 59 minutes and 59 seconds.

But scientists are considering introducing a so-called “negative leap second” with this knowledge now emerging. Traditionally, leap seconds are applied on either the last day of June or December, which means June 20, 2021, is the next possible date for a leap second.

“It’s quite possible that if the Rotation of the earth rate increases further, a negative leap second will be needed, but it’s too early to say whether this is likely to happen,” physicist Peter Whibberley of the U.K. National Physics Laboratory said.

The reason behind it is that, as per the study published in Science Advances in the year 2015, the reason behind the speedier rotation of Earth might be Global Warming. Mass redistribution is causing the earth to move and turn faster on its axis as glaciers melt.