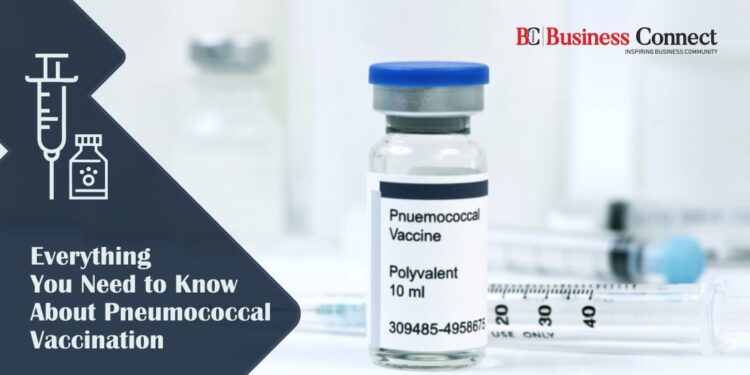 Vaccination is the safest and effective way to combat harmful disease and save humankind lives. Vaccines protect against at least 20 very serious and potentially fatal diseases, like diphtheria, tetanus, pertussis, influenza, measles, and many others. These vaccines have been saving around 3 million lives each year, as per WHO. Pneumococcal disease is a severe threat to older adults. Because of it, people face serious health issues, and later it can even cause death. Although, this disease is common in young children.

Pneumococcal infection is also known as pneumonia caused by the bacterium Streptococcus Pneumonia, and it can lead to pneumonia, septicemia, and meningitis. In order to protect against the disease, Pneumococcal Vaccinations have become mandatory.

Type of Pneumococcal disease and its Symptoms.

Bacteremia and Sepsis – Fever, chills, low, and others.

Who Should have the Pneumococcal Vaccine?

Pneumococcal infection can affect any individual. However, many human bodies can fight against this infection with their natural defences. The younger children (under the age of 2 years) and the older ones (over 60 or 65) are high at risk of infection, as per nhm.gov.in, those must get Vaccine. In certain situations, mid-age younger and adults should also go for vaccinations.

How often is the pneumococcal vaccine given?

According to NHS.uk, Babies who are just one year old should have two doses of vaccine at 12 weeks and a booster in 1 year.

Babies who are less than two years old will continue to be offered three doses, at 8 and 16 weeks, and a booster in  1 year. While older people who are 65 or over only need a single dose of vaccine.

Those who have been facing health conditions for a while may get the vaccine as well. Does will depend upon underlying their health issue. In such kind of situation, you should consult doctors.

How many types of pneumococcal vaccines available in the market?

There are mainly two different types of pneumococcal vaccines available at the time. Although in January 2021, the serum Institute made an announcement of launching India’s first indigenously developed vaccine called PNEUMOSIL, this PVC is pre-qualified by WHO.

Currently, two vaccines available in the market such as:

Pneumococcal Polysaccharide Vaccine (PPSV23), was introduced in the early 1980s.

According to NHS.uk, PCV is not very effective for those children who are less than 2-year-old. For more information, you should visit nearby your government or private hospital.

How does the pneumococcal vaccine work?

These two vaccines are able to make the human body produce antibodies against pneumococcal bacteria. The produced antibodies will be as a protein that neutralizes or abolish disease-carrying organisms and toxins.

A report from cdc.gov, The PPV vaccine is 60% to 70% effective in preventing invasive disease caused by serotypes in the vaccine.

Who should not get the Pneumococcal Vaccine?

Some people may not get a certain vaccine due to age or health conditions or should wait for a while before getting them. According to the CDC guideline, Children less than 2 years old may not get PPSV23 vaccination.

Those who have had a severe allergic reaction to PPSV23 cannot get another shot. Any Individual with a serious allergy to any part of either of these vaccines may not get that. However, before getting the vaccine, first, you let the doctor know about your allergic reaction.

What is the side effect of Pneumococcal Vaccine?

Just like most other vaccines, Pneumococcal Vaccine may cause mild side effects sometimes. Side effects include a mild fever, redness at the site of injection, and swelling or hardness on injected point, as per nhs.uk.

Jeff Bezos steps down as CEO of Amazon, entrusting it to Andy Jassy