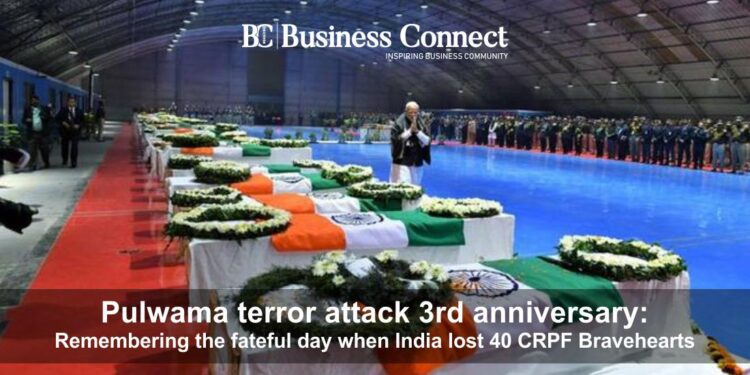 40 Indian Braveheart were martyred three years ago in one of the bloodiest terrors strikes on security personnel in history, bringing India and Pakistan dangerously close to war. After a barbaric strike from Pakistan, every Indian shed tear on that sad day.

On February 14, 2019, a convoy of 78 vehicles was travelling on National Highway 44 from Jammu to Srinagar, transporting more than 2,500 Central Reserve Police Force (CRPF) troops. Around 3:15 p.m., a bus carrying security personnel was struck by a car carrying explosives in Lethpora, near Awantipora. It caused a blast, killing 40 CRPF members from the 76th Battalion on the spot and injuring many more.

The terrorist organisation Jaish-e-Mohammed (JeM), located in Pakistan, claimed responsibility for the attack. They also posted a video of the attacker, Adil Ahmad Dar, a 22-year-old Kakapora resident who had joined the organisation a year before. 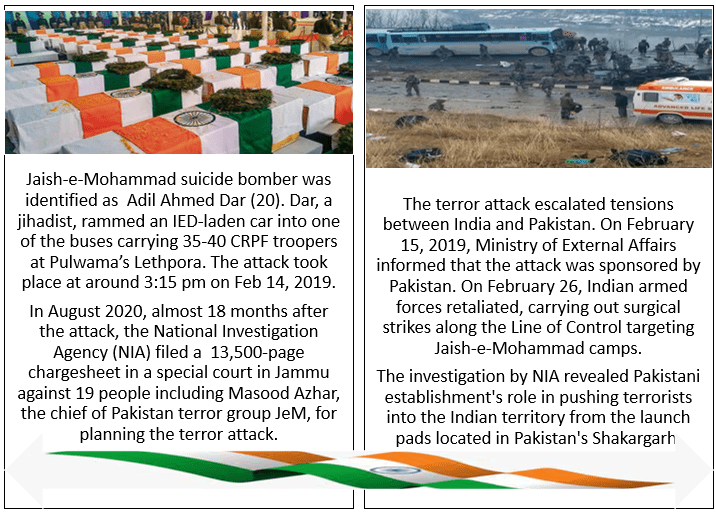 Tensions between India and Pakistan have risen since the dastardly attack. The security forces have been granted authority to select the timing, location, and manner of their response to the Pulwama terror incident, according to the Prime Minister. After that, India carried out a counter-terror airstrike against a JeM training camp. IAF planes targeted the Jaish-e-Mohammad (JeM) terror camps in Balakot, Khyber Pakhtunkhwa, Pakistan, in the early hours of February 26, 2019, in retaliation for the Pulwama terrorist assault.

Following the incident, India removed Pakistan’s most favoured nation status and imposed a 200 percent customs charge on all Pakistani goods entering India. The Indian government has requested that Pakistan be included in the Financial Action Task Force on Money Laundering (FATF) blacklist. The Jammu and Kashmir government revoked security arrangements for separatist leaders on February 17.

In response to the Indian bombing the day before, the Pakistan Air Force launched an airstrike into Jammu and Kashmir on February 27. Pakistan and India both acknowledged that Pakistan’s attack had caused no damage. However, in an ensuing battle between Indian and Pakistani jets, an Indian MiG-21 was shot down over Pakistan and its pilot, Wing Commander Abhinandan Varthaman, was captured. Pakistan released him on 1 March.