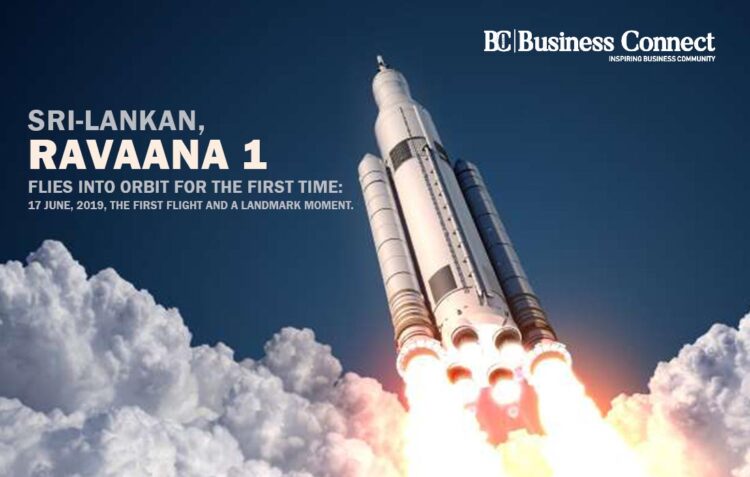 Sri-Lankan, Ravaana 1 flies into orbit for the first time: 17 June, 2019, the first flight and a landmark moment.

A small island country recently had a landmark moment when it launched its first satellite into space. An island which was internally troubled for almost four decades due to the civil war, had its moment of ultimate pride on 17 June, 2019 when the country took a step forward notifying the world of its internal growth, scientific developments, technological advancements and impactful governance.

Interestingly, Sri-Lanka named the satellite as ‘Ravaana 1’ after the mythical king Ravana of the Ramayana. In Indian culture, Ravana was a powerful evil king from Sri- Lanka who was killed in the battle with divine incarnate Ram. The satellite was launched with 2 other BIRDS 3 satellite from Nepal and Japan.

Why did the country chose to call the satellite as Ravaana 1?

A major population of Sri-Lanka consists of Sinhala Buddhists. They disagree with the portrayal of Ravana. They rather consider Ravana as a Sinhalese King, a man with great virtues, values and ideals, matchless power, discipline, and the king with ultimate knowledge. He was only defeated because his brother cheated upon him and helped the enemies. Sri-Lankans, thus value their mythical king for his power, discipline, knowledge, values, and virtues. Naming a satellite after a king with such vast caliber sounds like a fantastic choice.

What is an artificial satellite?

Satellite is a scientifically designed object that is launched into orbit using a rocket. There are over a thousand active satellites launched into the orbit.

What are some uses of an artificial satellite?

Artificial satellites are used for a variety of purposes like weather forecasting, Global Positioning System (GPS), communication purpose, television, phone and internet transmission, taking detailed images of the earth, sharp images of distant galaxies and carrying out experiments in a microgravity environment.

Can one satellite perform all these tasks?

What is the purpose of Sri-Lankan satellite Ravaana 1?

Ravaana 1, also known as BIRD LKA is a low orbit cube research satellite.The lifespan of the satellite is one and a half years. The satellite will take images of Sri-Lanka and its neighboring countries along with active attitude stabilisation which ensures that satellite behaves in a stable way even under external influences.

Launching a satellite is a costly affair that only a few can afford. This event in many ways marks the fulfillment of technological aspiration and of course, embodies the importance of cultural ambition.