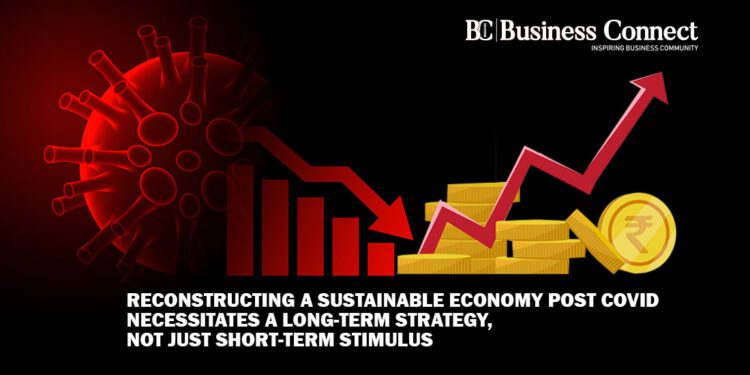 The global economy is in a slump, and it seems like it is going to be more critical than the Great Depression that happened in the year of 1929 along with that the Global Financial Crisis (GFC) of 2007. Along with the rest of the country’s India too has been hit hard- ten million people have lost their jobs, the economy is predicted to shrink by 4-9% in 2020-21. The last time we remember, India got into such kind of a situation was in 1979 where the Indian economy contracted by more than 5% where the entire country was distressed by a once in a century drought and some regions with floods.

The difficult question that we are facing is that What kind of India will the 2020 economic recession create? And is it possible to direct the ‘new’ India towards a more just, equitable, and sustainable society?

India is focusing on the existing ‘Brown Economy’ and shovel-ready projects. The focus on the immediate crisis that has also relegated climate and environmental concerns to the background. This is apparent in the increasing plastic pollution and investments in the fossil fuel industry.

Supervisory changes in the environment and labor sectors also have been proposed for the ‘ease of doing business. Although there is nothing wrong with the short-term stimulus packages to help keep the current economy alive, the thing is it should not be environmentally destructive. Along with that, the only thing we have to get ensured is that the long-term economic recovery takes into account the social and environmental crisis the world is facing today.