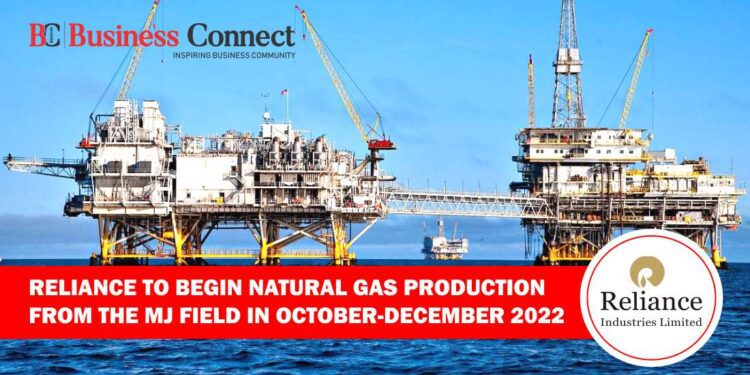 RIL and its UK partner BP plc intend to utilise a floating production system in the Bay of Bengal’s deep waters.

Reliance Industries Ltd (RIL) will start producing natural gas from the MJ field, the company‘s third and final set of discoveries in the eastern offshore KG-D6 block, in the fourth quarter of 2022. This would result in a two-thirds increase in overall production.

RIL stated in a presentation to investors presenting first-quarter profits that it had finished its first offshore installation campaign and that a second one would begin in November.

“Well drilling and completions are in progress,” it stated. “In the third quarter of FY23, we anticipate seeing first gas.”

The fiscal year 2023 begins in April 2022, with the third quarter falling between October and December of that year.

RIL and its UK partner BP plc aim to put the deepest gas finding in the KG-D6 block to production using a floating production system at the high sea in the Bay of Bengal.

The MJ-1 gas discovery is roughly 2,000 metres below the Dhirubhai-1 and 3 (D1 and D3) fields, the KG-D6 block’s initial and biggest discoveries. A minimum of 0.988 trillion cubic feet (Tcf) of dependent resources is expected to be held in MJ-1.

The field also has oil reserves that would be extracted utilising a floating production system known as an FPSO.

The firm stated in the presentation that “FPSO and subsea production systems (are) on track.”

In block KG-D6 R Cluster, Satellite Cluster, and MJ, RIL-BP is constructing three deep-water gas projects that are projected to produce roughly 30 million standard cubic metres per day of natural gas by 2023, meeting up to 15% of India’s gas consumption.

RIL said that KG-D6 produced 16.6 mmscmd on average in April-June this year.

According to the company, it sold 18 mmscmd of gas from the fields in three rounds of bidding.

RIL owns a 66.67 percent participation interest in the block, while BP owns a 33.33 percent share.

In the April-June quarter, the business received USD 3.62 per million British thermal units for KG-D6 gas, according to the presentation. This was smaller than the standard quarter’s rate of USD 3.99 per mmBtu.

It received USD 6.01 for the gas it generates beneath coal seams in CBM blocks in Madhya Pradesh. The company received USD 5.20 per mmBtu for coal-bed methane in January-March (CBM).

The rates varied because the company utilised different pricing algorithms for KG-D6 and CBM gas.

International Men’s Day 2020: An Occasion to Recognize the Significance of Men