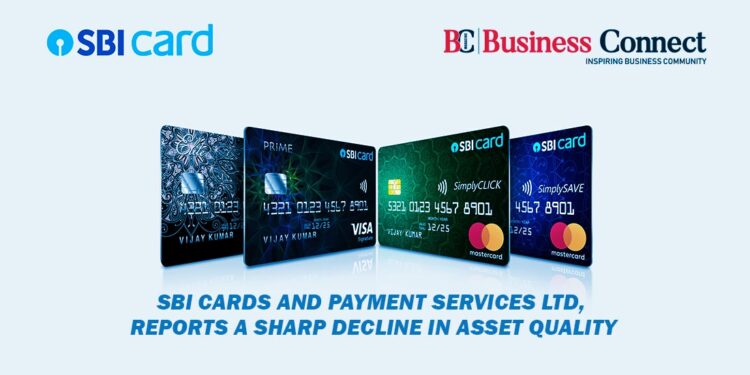 India’s second-largest credit card company, SBI Cards and Payment Services has reported on Thursday that there is a sharp decline in asset quality as thousands of cardholders skipped payments, it seems to be the latest sign of the COVID-19 pandemic’s effect that has occurred on people’s financial well-being.

The GNPA (Gross Non-Performing Assets) of the company has risen to 4.29% in the quarter of September from just 1.35% in the preceding three months.

The quality of asset could have been even worse, that it had a top court order, not to place a standstill on the identification of bad loans. Also, even though a default has happened, lenders do not mark loans as poor.

SBI Card management said that the number of Gross Non-Performing Assets would have jumped to 7.46%, in the absence of the ordered standstill.

Last year, for the same period of time, SBI Cards stated the impairment losses and bad debt expenses at ₹862 crores in the quarter against ₹329 crores.

In the second quarter from the previous three months, there is an increase in retail spending by about 50%. Retail spending was at 90 per cent of pre-COVID levels (December 2019 – February 2020).

“Card-in-force” rose 16 per cent to 11 million as of Q2 FY21, compared to 9.5 million in the same timeframe last year. The total number of cards issued and outstanding.

Ingenious e-Brain Solutions: Pioneering in the field of IP Intelligence with its acumen to fight future challenges

Zomato: Food Delivery Industry is Returning to the Pre-COVID Levels