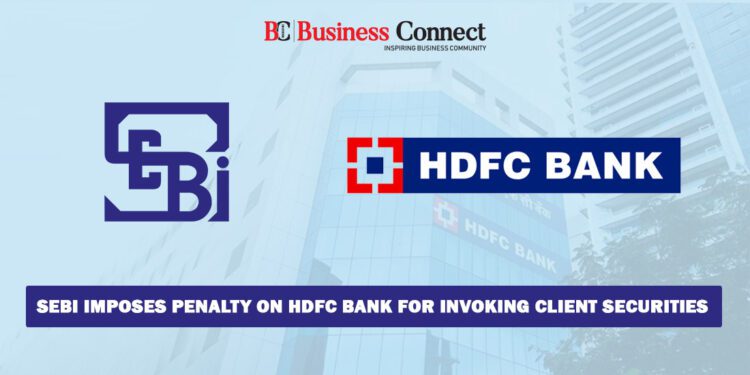 A penalty of ₹1 Crore has been imposed on HDFC Bank by the Securities and Exchange Board of India (SEBI). In violation of an interim order by the regulator, the penalty is being imposed for invocation of customer securities pledged by stock broking company BRH Wealth Kreators.

In an investigation by SEBI, it found that the lender had unilaterally invoked securities pledged by BRH to the extent of ₹ 158.68 crores and the capital market regulator has thus ordered the bank to deposit an equal amount in a separate interest-bearing escrow account, along with interest from October 14, 2019, to date at a rate of 7 per cent per annum, before the issue of settlement of securities of customers is reconciled.

The interim order had instructed the noticees not to dispose of or alienate any assets, whether it is movable or immovable, or in order to establish, invoke or release any interest or change on any of those properties, with the exception of the prior authorization of the National Stock Exchange of India Ltd (NSE) and the BSE.

BRH (₹191.16 crores) and BRH Commodities (₹26.61 crores) were granted credit facilities by HDFC Bank as a loan against securities (LAS), out of which ₹87.75 crores was granted as LAS.

The object of the interim order was to protect the interests of BRH’s investors or customers by freezing the assets of the notices immediately and also to ensure that BRH ceases and withdraws from all involvement in the stock market.